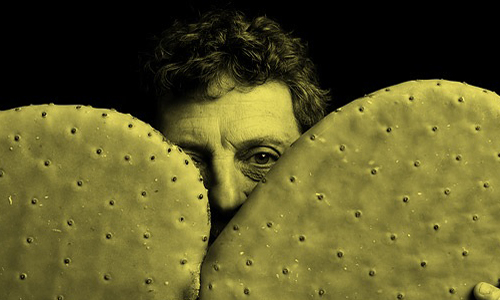 Gary Paul Nabhan is a grandson of undocumented Lebanese refugees who came to the United States a century ago, with many uncles and aunts coming up through Mexico to El Paso. He has written about the natural and cultural history of the borderlands for 40 years, including in depth studies of the biocultural diversity of Quitobaquito Springs on the border.

A political agroecologist,  he has served on the Congressionally-appointed National Park Systems Commission under two presidents, and worked on contract guiding the U.S. Forest Service program in northern  Mexico for three years.

He has lived in three counties along the border and been on the boards of at least a half dozen non-profits in the region. In 2019, he was honored by the Association for Conflict Mediation for his efforts toward collaborative conservation.