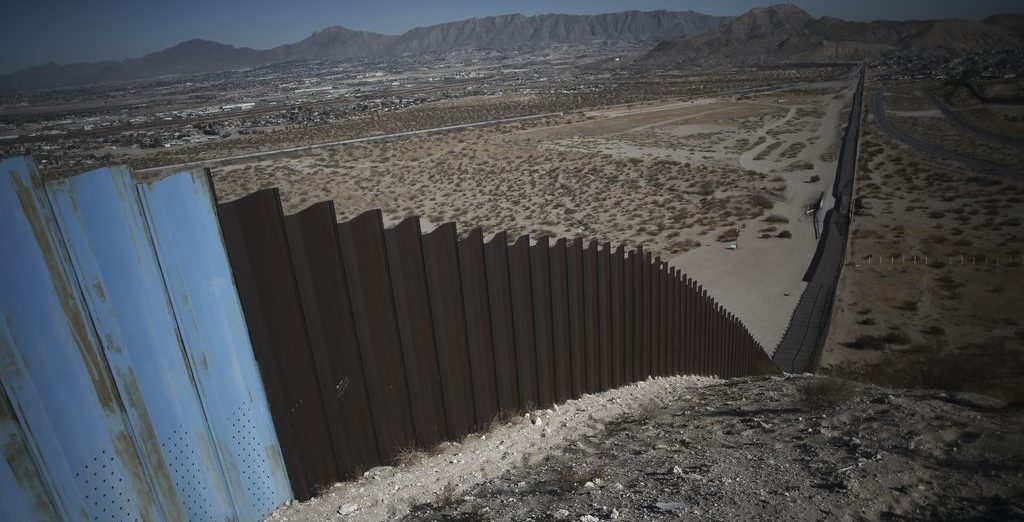 Border security efforts should hear the voices of Native Americans, ranchers and conservationists.

The wall between the United States and Mexico has come to stand for desperation and suffering for many people. For most of us who live within 20 miles of this 452-mile wall, it’s also seen as a bizarre experiment: How much damage can ripple into the surrounding landscape from a wall that cuts a 60-foot swath through the natural world?

The term “crisis” also describes the border with Mexico. Water that once flowed, wildlife that needs to roam, and religious pilgrims — none know political boundaries. Yet to build this wall, vegetation was wiped away, roads bulldozed over mountains, waterways blocked and groundwater depleted by pumping. Lighting that never goes off has been installed on top of steel barriers 30 feet high.

Animals have been blocked from migration, their food chains disrupted. Now, exotic weeds, insects and diseases can use the lengthy scar as a nick point for invasion, ultimately disrupting far more than what human border-crossers can do.

Meanwhile, the many people involved in borderland alliances have learned hard lessons from this wall, and the lessons need to be shared.

First, any effort to protect and restore what’s been harmed must engage the First Nations of this continent, who still live along one-fifth of the border, from San Diego to Brownsville.

Any “environmental protection” coalition that lacks Native American elders and professionals among its leaders will not get far. Vice President Kamala Harris and Interior Secretary Deb Haaland need to ensure that all agencies err on the side of more inclusiveness and environmental justice for all.

Second, when we neglect to listen to the voices of ranchers, farmers and other private land stewards along the border, everyone stands to lose.

Coalitions involving tough Texas property owners did far better at getting some concessions from Homeland Security than did coalitions in other states. At first, federal agency professionals and activists largely dismissed the concerns of ranchers and farmers who said they wanted better border security, but not a 30-foot wall.

In southeastern Arizona, the situation was different. As early as 2010, the Malpai Borderlands Group in Southeastern Arizona and adjacent New Mexico developed and implemented a tight border security plan. But its on-ground success was ignored by Homeland Security’s right-wing ideologues and discounted by left-wing activists who opposed any form of border security.

Third, we need to rally people around concerns that are universally shared. One is the need to better protect artesian springs and flowing watercourses from groundwater pumping and blockage of stream flows.  At least 80% of all neotropical birds and bats migrating between the U.S. and Mexico rely on wetland stopovers on or near the border. These water sources are also crucial to ranchers’ livestock, farmers’ food crop irrigation and local wildlife, especially as severe to exceptional drought affects every Western state.

Unfortunately, border activists failed to sufficiently recruit the support of food producers and waterfowl enthusiasts on the corridors north and south of the border to protect these vulnerable links. Now, we need their support to remove wall segments and floodgates that block transborder streams and wildlife movement.

Finally, one of our effective strategies for building broader coalitions to eke out some concessions was to link the protection of sacred sites at the border to constitutionally guaranteed religious freedoms granted to all Americans.

We rallied support of intertribal and interfaith organizations to denounce the way the wall would impact spiritual sanctuaries along the border, from Quitobaquito to La Lomita Chapel. Spiritual leaders themselves should now direct the restoration of sanctuaries that were damaged in several states. And in Organ Pipe National Monument, cultural properties need to be fully returned to — or co-managed with — the Tohono O’odham and Hia-ced O’odham.

Many O’odham and Kumeyaay youth put their lives at risk to protect their “places of the heart” while agency professionals stood meekly aside.

Since then, the Tohono O’odham Legislative Council has passed a resolution granting “sacred personhood” to all saguaros in their aboriginal homelands. This puts agencies on notice that the mutilation of thousands of cacti will never happen again on their watch.

I believe that United States, Mexican and First Nations peoples can work together to heal the wounds in the border landscapes in ways that heal the divisions among us as well.

Gary Paul Nabhan is a contributor to Writers on the Range, writersontherange.org, a nonprofit spurring lively conversation about the West. He is a Franciscan brother, conservation biologist, writer and agrarian activist living in the borderlands.