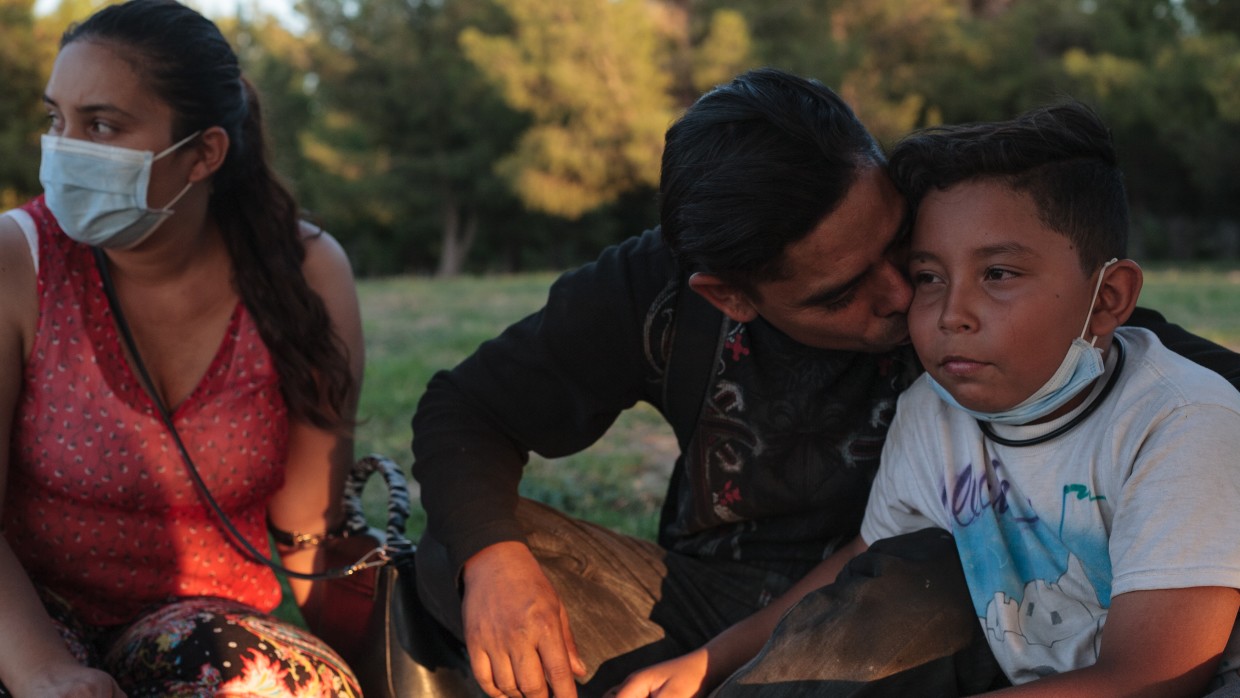 Migration is as old as our species. The need to migrate transcends political boundaries, which reflect only the aftermath of the last invasion. It transcends war and other conflicts. And it transcends borders that do not reflect the intricate web of life, families, communities, and human populations.

Most people migrate by instinct, for self-preservation, because their lives are at risk. They migrate by any means they can, even walking hundreds of miles. Migration may be legal or illegal, depending on the window through which it is viewed. Most migrants are so desperate, they are willing to die trying. Young people migrate first, seeking a better future for themselves and their children. Many remain on the roadsides, mostly the very young and the very old.

Migrants do not come alone; they bring incalculable benefits with them. They bring sustenance that nurtures human values, diversity, society, culture, science, and the economy. They enrich the nations to which they arrive, even if they have not been invited. We have researched and written about migrants and indigenous peoples of Mexico and Central America; and one of us has spent time volunteering at migrant shelters and immigration legal clinics in Arizona. We want to share our point of view on Latin American migrants who arrive undocumented in the United States.

We do so in the hope of contributing to a renewed, more humane, compassionate, and informed immigration debate. A debate that acquires even greater relevance now that the president and vice president of the United States are, essentially, migrants. Joe Biden is of French ancestry and his great-great-great-grandfather emigrated from England to Maryland in 1822. Kamala Harris is the daughter of an Indian mother and a Jamaican father.

The United States is a nation of migrants. It always has been and always will be. The first migrants arrived from the United Kingdom and gave rise to the birth of the country. From that day on, migrants have come from many countries. And they have all contributed to, and are now part of the great American Dream. In 1850 there were 2.2 million immigrants in the United States; in 2018 there were almost 45 million and one in seven residents had been born abroad. It is estimated that, by 2065, one in three Americans will be an immigrant or have immigrant parents—Hispanics will make up 24% of that population.

The vast majority of migrants who cross the northern border of Mexico go to the United States fleeing economic and social hardships in their countries of origin; further aggravated by climate change and environmental destruction. They come in search of safety, work, and dignity. Some Central American nations—Honduras, Guatemala, and El Salvador in particular—are suffering tragic economic conditions, and the crime and violence that hopeless poverty engenders (in no small measure caused by a long history of meddling by the United States, beginning with the infamous Banana Wars of 1899, and right up to modern times).

Most migrants crossing the US-Mexico border are families broken by organized crime or government repression. They are children, young and old, who bear the harrowing traumas of forced migration. They are the displaced of the 21st century who come to the United States with nothing but hope of a better life. They are refugees, even if they are not officially given that status. They work as laborers and peasants, gardeners and electricians, domestic workers, cooks and waiters.

Congress and the courts of the United States long ago determined that all residents have the right to essential social services, such as emergency medical care and education for their children. This applies to everyone, regardless of race, nationality, sexual preference, religious belief, or immigration status. These are some of the fundamental human rights that forged the nation.

It is a myth that undocumented migrants hurt the American economy. The truth is that they contribute enormously to the economic growth of the country. They benefit consumers by lowering the prices of goods and services, and they generally contribute far more in taxes than they receive in government services. Legalizing undocumented migrants would increase their income, promote greater consumption, and increase the gross domestic product of the United States.

Undocumented migrants pay income, sales, and property taxes, just as legal residents do. Between 50% and 75% of them pay Social Security and Medicare taxes (a government-run program that provides health care to the elderly and others in need). The Internal Revenue Service (IRS) estimates that six million undocumented migrants file tax returns each year.

It is also a myth that undocumented migrants are a burden on America's education system. Two million of them are school-age children, less than 4% of the 54 million school-age children nationwide. Their education is paid for by state and local taxes paid by their parents. Most states collect far more taxes from undocumented migrants than they spend on educating their children. For example, Texas collects $424 million more in taxes from these migrants than it pays to provide them with education and health care.

Worldwide, migration is a huge challenge that transcends geopolitical, economic, ethnic, and cultural barriers. While individual actions are the responsibility of each nation, we are convinced that compassion and international cooperation are essential in the search for just and lasting solutions to this ever-growing global challenge.

Efforts to protect and integrate migrants have clearly been insufficient. Perhaps we need to pause; reexamine our approach to immigration policies. In the end, it doesn’t matter whether a migration is in the Americas, Asia, Africa, Europe, or Australia. We are all migrants, we all come from somewhere, and we are all connected. Understanding and accepting this is perhaps the most difficult step; but it may be the most important in order to move forward.

Omar Vidal, a scientist, was a university professor in Mexico, is a former senior officer at the UN Environment Program, and is former director-general of the World Wildlife Fund–Mexico.

Richard C. Brusca is a research scientist at the University of Arizona, former Executive Director of the Arizona-Sonora Desert Museum, and author of over 200 research articles and 20 books.