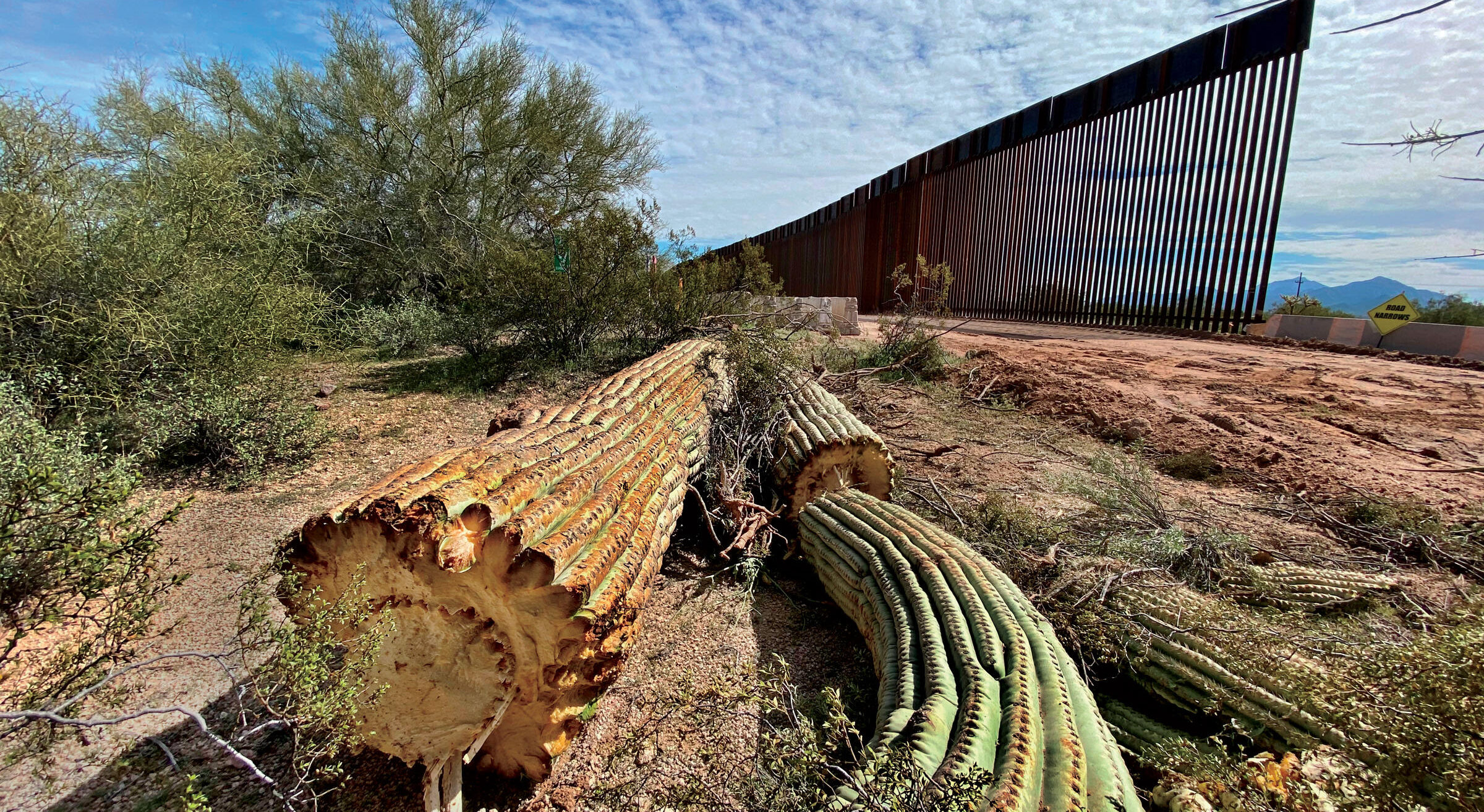 President-elect Joe Biden's pledge to halt construction is a start, but activists say tearing down the barrier is ultimately what's needed.

When Lisa Manuel was a child, her mother would take her to Quitobaquito Springs, a rare oasis amid the giant cacti and rolling hills of southwest Arizona’s Sonoran Desert. For at least 10,000 years, the spring has been a vital source of water for wildlife and people, including the Tohono O’odham and Hia-Ced O’odham, whose ancestral territory spans the U.S.-Mexico border. “It’s been a part of my family all my life,” says Manuel, a descendant from the Hia-Ced O’odham. “It’s a beautiful place. It’s a sacred place. I sit there and I pray.”

For months Manuel and others have fought to defend this ancient haven, which they fear is being destroyed by construction of President Donald Trump’s signature border wall just 200 feet from a pond the spring feeds. Since August 2019, crews installing a 30-foot-high wall in Organ Pipe Cactus National Monument have blasted sacred sites near Quitobaquito and used up to 3 million gallons of groundwater per month to mix concrete.

The project is part of the administration’s ongoing effort to install at least 450 miles of new and replacement barrier along the 2,000-mile southern border before Trump leaves office, much of it on protected public lands. The result, according to Indigenous communities and environmental advocates, has been ecological and cultural destruction on a shocking scale. “This new construction has bulldozed a huge amount of desert habitat, blasted rugged mountains, destroyed cultural sites,” says Laiken Jordahl, a campaigner with the Center for Biological Diversity. “It’s absolutely devastating.”

At Arizona’s San Bernardino National Wildlife Refuge, for example, managers had to take “life support” measures in 2019 to save endangered fish whose only habitat was being sucked dry. In nearby Guadalupe Canyon, crews dynamited mountainsides to build a barrier through a critical corridor for jaguars and other rare species. And at Quitobaquito, the spring’s flow hit a record low in July, reducing much of the pond to mudflats and threatening wildlife, including the endangered Quitobaquito pupfish and Sonoyta mud turtle. The National Park Service blames scant rainfall and cracks in the pond’s clay lining, but opponents say construction is hastening the spring’s decline. Birds at this desert stopover have also taken a hit: “As many as 40 species have been absent in the last year there as the additive effects of border wall construction, pumping, and dynamiting exacerbated other long-term stressors, like climate change, and pushed the ecosystem to the breaking point,” says ecologist Gary Nabhan.

In all, the government has waived 41 laws that protect public lands and endangered wildlife and would have delayed construction. By late October U.S. Customs and Border Protection had installed 371 miles across the four border states and was adding around two miles per day. President-elect Biden has said he’ll stop construction but has not committed to tearing down any sections. 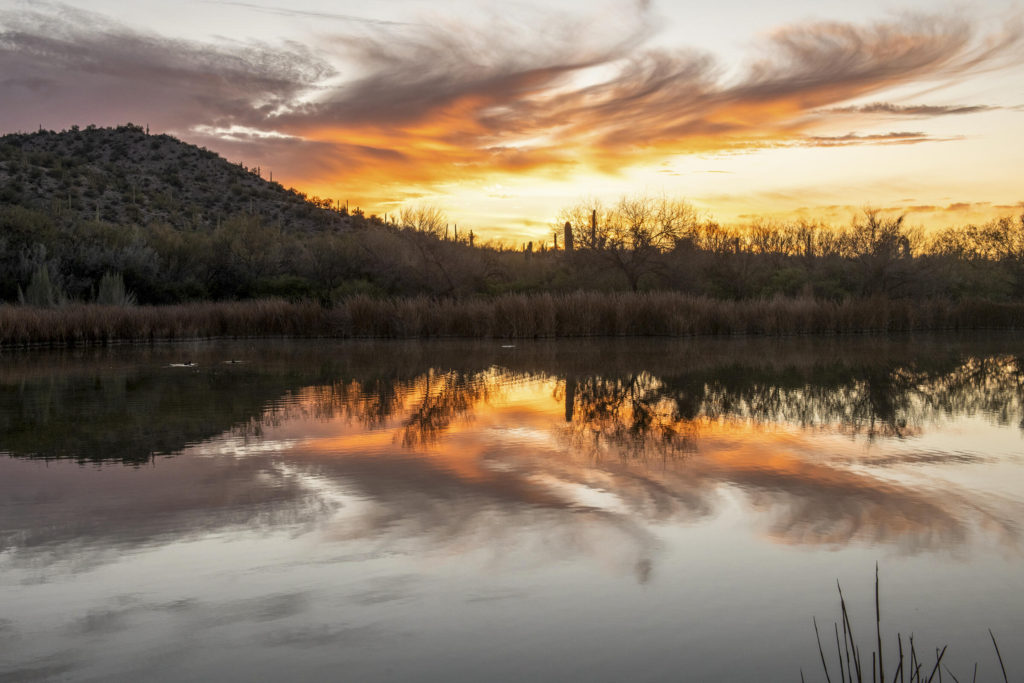 While construction may cause the most acute harm, Jordahl and others caution that barriers will continue to affect the ecosystem as long as they stand. Fencing cuts off animals like ocelots and bighorn sheep from food and mates across the border. Ground-hugging birds like Ferruginous Pygmy-Owls, Greater Roadrunners, and Scaled Quail are unlikely to fly over the wall, experts say, while floodlights may disorient migrating species and disrupt pollinators.

To limit the damage, dozens of groups are suing the government over wall construction. One such case is on the U.S. Supreme Court docket. Regardless of its outcome, when Biden takes office in January, he’ll meet immediate demands to defund the wall and demolish the most damaging segments, says Vicki B. Gaubeca, director of the Southern Border Communities Coalition, which is among the groups suing over the wall. “There are contracts that the government has signed with these border wall construction companies,” she says. “So the question is: Will he terminate those contracts?”

Human-rights defenders, environmentalists, and those whose ancestors lived and died on the borderlands vow to keep fighting to preserve protected areas. Manuel is among the O’odham and other protesters who have rallied against the wall near Quitobaquito, where police arrested 11 people during an October demonstration on Indigenous Peoples’ Day. “We have been here since time immemorial,” she says. “And we will continue to be here.”

This story originally ran in the Winter 2020 issue as “Borderline Ruin.”​