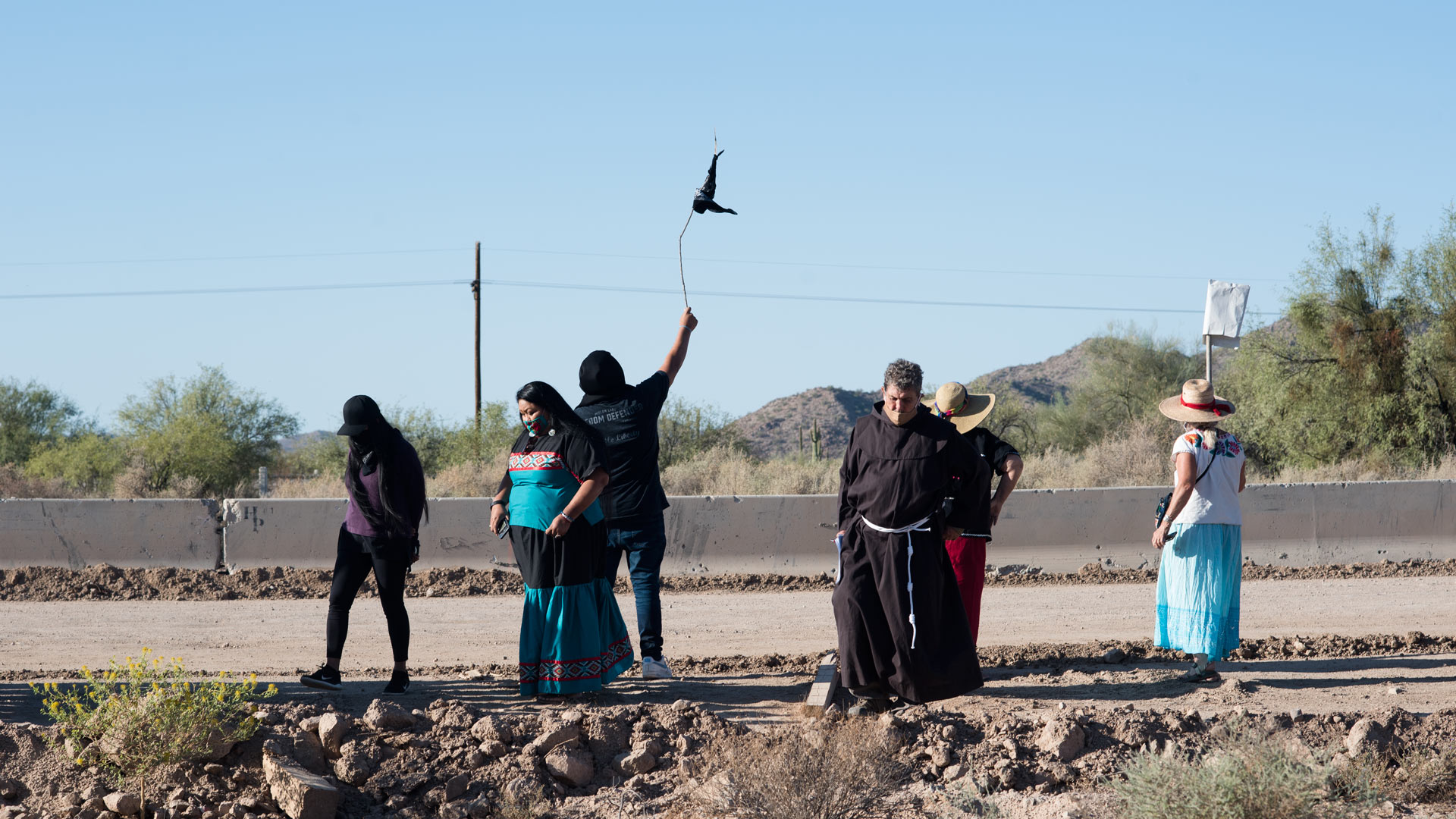 Rep. Grijalva Demands Investigation into Use of Force and Tear Gas Against Native Americans Peacefully Protesting Desecration of Their Sacred Sites

TUCSON — This week, Chairman of the Tohono O’odham Nation Ned Norris confirmed that Arizona Department of Public Safety law enforcement officials used tear gas and excessive force on peaceful demonstrators protesting the construction of Trump’s border wall at Quitobaquito Springs and other sites sacred to the O’odham people. The tear gas attack occurred during a protest on Indigenous Peoples Day.

“For months, the O’odham people have pleaded with DHS to protect Quitobaquito Springs and other sacred sites along the border while the Trump Administration has continued to bulldoze their ancestral lands to build his useless vanity wall,” said Rep. Grijalva. “Now, law enforcement officials are using tear gas and excessive force against Native Americans exercising their constitutional rights in an abhorrent attempt to silence their voices. Americans are keenly aware of the historical mistreatment of this nation’s Indigenous peoples, and the public will be rightfully incensed by this action. This treatment will not stand.”

Earlier this year, Rep. Grijalva visited Organ Pipe Cactus National Monument and toured Quitobaquito Springs and other sites sacred to the O’odham people at the invitation of the Tohono O’odham Nation Chairman, Ned Norris. As the Trump Administration began using explosives on the sacred site of Monument Hill, Rep. Grijalva held a hearing on the issue in the Subcommittee on Indigenous Peoples and penned an op-ed in Common Dreams condemning the illegal actions.

“Those responsible for this egregious display of excessive force against peaceful protestors, who are members of the Tohono O’odham Nation and their allies, must be held responsible,” continued Rep. Grijalva. “I’m demanding an investigation into this act. The border wall has already destroyed precious desert habitats, divided families, and left an ugly scar across Southern Arizona. It’s time to stop it from causing further destruction to the cultures, peoples, and history that make this place so special. Sacred sites and tribal sovereignty must not become collateral damage in the President’s quest to build his monument to his racist policies.”