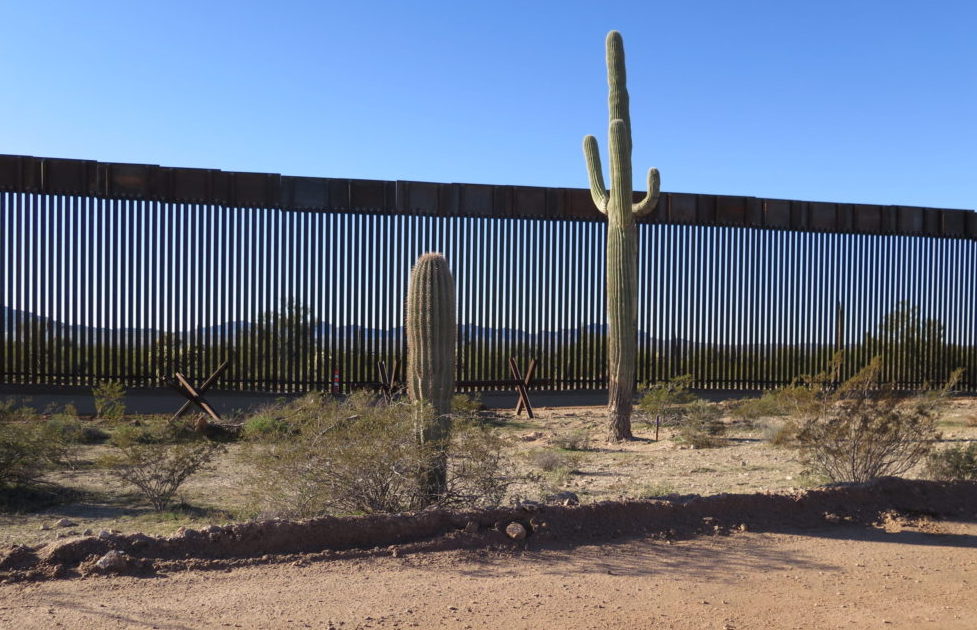 Halt the Border Wall Construction’s Desiccation and Desecration of Quitobaquito Springs, the Greatest Oasis of Hope in the Borderlands

Twenty-five nationally prominent ecologists, hydrologists, botanists and archaeologists demand that Homeland Security cease any activities that further threaten the destruction of Quitobaquito oasis in Organ Pipe Cactus National Monument. They claim that the most biodiverse oasis left along the U.S/Mexico border is being pushed toward ecological collapse by Homeland Security’s dubiously lawful activities. The agency’s construction of the border wall has precipitated groundwater overdraft and rock fracturing by dynamite that have dramatically dried up springs and degraded critical habitat for endangered species over the last four months.

The water flow from ancient springs on the Arizona/Sonora border have trickled down to the lowest rates on record, declining 44 percent since March, 2020. The declines appear to be exacerbated by new well drilling, pumping and dynamiting that Homeland Security began almost a year ago on the southern border of the National Monument, which is also a UNESCO Biosphere Reserve.

Descendants of the O’odham Indian residents of Quitobaquito began to warn the Park Service last year that both the sacred waters and sacramental plants that they have used in ceremonies for centuries in ceremonies were drying up, but their warnings went unheeded. Conservation ecologists, environmental historians and wildlife biologists have since confirmed their concerns, noting that the oasis has lost more biodiversity in the last year than at any time since the drought of the mid-1950s, when the Park Service evicted the last O’odham stewards of this traditional sacred site.

The scientists have sent a formal complaint letter to three federal agencies with oversight responsibilities for this border landscape. However, they pledged to stand with the National Park Service “if it chooses to request that DHS stops all pumping and construction in the Roosevelt Reserve within ten miles of Quitobaquito, and seeks means other than a wall to ensure border security.”  They noted that they drew their inspiration from the La Lomita Chapel congregation in Texas, and the Cocopah tribe in Arizona, which have received exemptions from wall construction through court cases and negotiations with DHS. They argue that “no federal agency’s actions should destroy, desiccate or degrade a sacred site that harbors federally-listed endangered species.”

These distinguished scientists offer positive solutions to the hydrological and ecological problems now devastating the most popular visitation site in Organ Pipe Cactus National Monument. However, they also warn that “History will hold current federal officials accountable should there be any further desiccation or desecration of the greatest “oasis of hope” in the entire borderlands.”

The twenty-five scientists who have signed the letter have collectively been engaged in over a hundred person-years of research and monitoring at the Quitobaquito oasis. They are or have been affiliated with agencies, universities or non-profits in three borderlands states. They published dozens of scientific and policy papers as well as books about the uniqueness of the Quitobaquito oasis well before the current crisis emerged. As such, dozens of their peer-reviewed studies –for which well over a million dollars of federal funds were invested over four decades—serve as the most detailed and unbiased baseline for any place along the entire U/S//Mexico border that can be used in monitoring long term changes due to border wall construction, climate change or land management policies.  They are in agreement that there are multiple causes for the long-term declines in water flows and wildlife populations at Quitobaquito, but only border wall construction activities could have precipitated the unprecedented declines of the last few months.

Should agency administrators or journalists wish to reach any of the contributors to the formal complaint letter, please contact Dr. Gary Paul Nabhan regarding the purpose of the request, so that he may alert that the scientist(s) of the need respond to queries by email or telephone. Nabhan can be reached at gpnabhan@arizona.edu or 928-225-0293 by text or phone call.