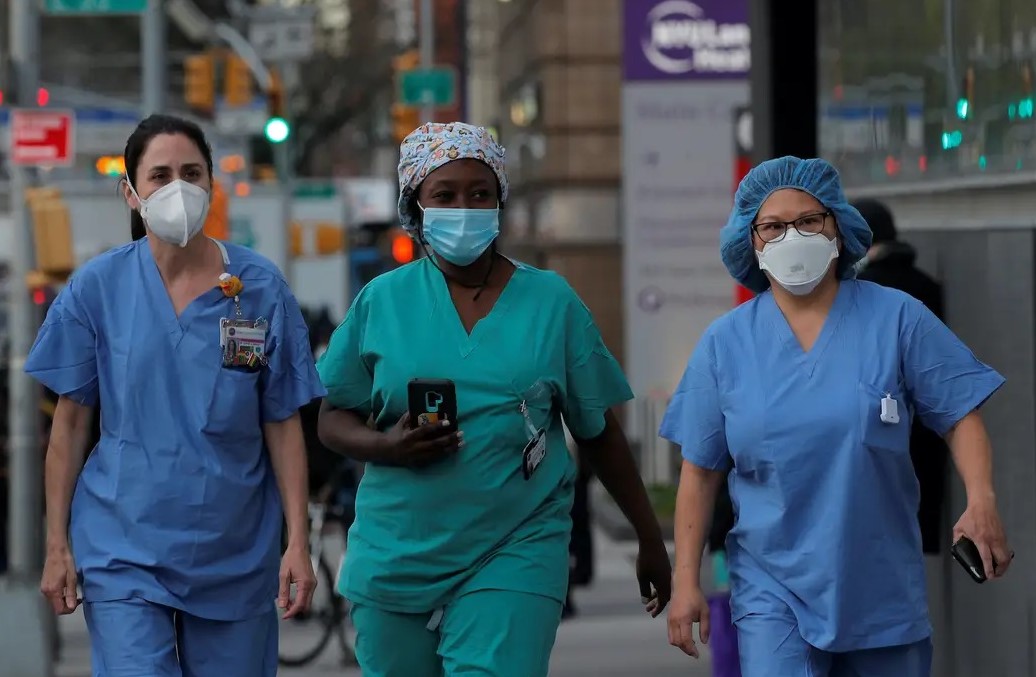 Americans have become acutely aware of the COVID-19 pandemic caused by a wild bat virus that found a home in the cells of the human respiratory system. The virus enters when we inhale respiratory droplets sneezed or coughed by an infected person. Mercifully, it cannot remain infectious for more than a few hours or days outside of the human body.

From a survival perspective, the virus arose in a near-perfect situation; 11 million Chinese in a crowded city; 7.8 billion susceptible humans world-wide connected by rapid intercontinental travel whose public health systems lacked reliable diagnostic tests, effective treatment, or a vaccine. Yet, the oral mode of transmission and its fragile existence outside the body gave public health networks the chance to contain the infection by the now-familiar approach: social distancing, frequent hand washing, and wearing face masks.

COVID-19 spread rapidly across the Middle East and Europe and entered America on or about New Year’s Day. Although US health authorities had an early warning to prepare, President Donald Trump at first tried to wish it away and then down-played the threat until it exploded in mid-March.  Without White House support, we lost the narrow window for containment and had to respond to the rapid increase of sick people in crowded urban areas. To be clear, Donald Trump did not cause the pandemic but his purposeful inattention and unresponsiveness to scientific advice made it measurably worse and cost more American lives. One credible study estimated that 704,000 cases and 36,000 deaths would have been avoided had the containment effort been installed one week earlier. [i]

The nation went on lock-down in late March, closing restaurants, non-essential businesses and industries, schools, public gatherings of all types, segments of agricultural production, and ironically, routine health care. The economic damages are deep and wide-spread and they came on fast, like the proliferation of the disease itself. Unprepared for either tragedy, the White House went into shock, leaderless except for Dr. Anthony Fauci, America’s expert on infectious diseases who spoke the truth even when it contradicted Trump’s self-serving statements that his people were on top of the pandemic when the opposite was demonstrably true. The nation sadly learned that President Trump had virtually no adherence to the truth and no consistent plan to combat the pandemic.

By early June, COVID-19 had infected 1.7 million Americans and caused over 100,000 deaths. The disease is more severe in African and Native Americans, Latinos, the elderly and people with serious underlying health conditions.  By June 1st, the shut-down had put 38 million Americans out of work. Forty percent of households earning under $40,000 per year lost their jobs. School closings added the cost of childcare to single working parents or they had to stay home. Their children lost school and their one good meal per day.

Although the virus infects all people, COVID-19 has become America’s newest illness of poverty, like hunger, tuberculous, and intestinal worms. People with resources could lock themselves in, continue to work over the internet and communicate with family and friends on Zoom, order carry-out food, or escape to the countryside. The pandemic lay bare the massive inequality in the United States in terms of exposure to the virus, severity of illness, and economic anguish.

States depend on sales tax revenue to provide the essential services of schools, public safety, and public health that includes combating the COVID-19 pandemic. Trump and the Republicans initially offered Democratic governors the opportunity to declare bankruptcy instead of more help, a pronouncement that highlighted Donald Trump’s management style that fosters chaos and unhealthy competition down the chain of command and into the public sphere.  States and local health agencies are now competing with each other for critical protective equipment for health workers, testing capability, medicines and supplies, and financial support.

Most Americans are recognizing that in times of crisis and division and tragedy the nation need leaders who bring us together. Leaders who mourn for the dead and console with the survivors to reduce not heighten tensions, as President Obama did on January 12, 2011 when six people were murdered and 13 wounded by a deranged lone gunman in Tucson, including our Congresswoman Gabrielle Giffords.

Leaders who tell the truth so the nation can prepare for coming hardships, rather than to disarm them with falsehoods that the emergency will soon “disappear like magic.” Leaders who sustain the people with hope and visionary programs, as Franklin Delano Roosevelt did with the Work Progress Administration that created jobs for millions of Americans during the Great Depression of 1933.[ii]  Leaders who change national priorities set in motion before the crisis to meet the new challenges, much in the same spirit as Abraham Lincoln did during the Civil War and held the nation together to form “a more perfect union.”[iii]

But as the death toll surpassed 100,000 Americans, Donald Trump remained shockingly silent, seemingly incapable of expressing empathy and compassion for his fellow citizens.

In moments like these … people desperately want to believe that their leaders know what they are doing.  But they quickly learn that in times like these, leaders either grow or swell—they both grow out of their weaknesses and rise to the level of the challenge or all of their worst weaknesses swell to new levels.

President Trump’s weaknesses include the inability to change course to meet the new public health and economic emergencies in which we find ourselves.  As a politician, Donald Trump quickly learned how to weaponize his long-standing racial prejudices, cashing in on white America’s fear of becoming the minority race, losing out to Mexican immigrants and other people of color.[v]  He promised his supporters a 30-foot tall steel and concrete wall across the 2000 mile border with Mexico to protect against immigrants. While the pandemic gathered force, Trump ramped up its construction at an estimated cost of $22 billion (Department of Homeland Security, 2017). Twenty-two billion dollars is huge anytime but given the many new urgent hardships now confronting the nation it looms even larger.

Hunger is just one example.  Food insecurity is defined by the U.S. Department of Agriculture as a family not having enough nutritionally adequate food.  In 2018, the food insecure population in the U.S. amounted to 12%, or 37,227,000 people.  Unemployment caused by the COVID-19 pandemic has added 9.9 to 17.1 million to that total.  At $3.09 per meal provided by the nation’s 200 food banks, the additional cost equals $30,591,000 to $52,839,000 more to provide one good meal per day. If increased unemployment continues for one year, the added cost of the required food supplement rises to $11.2 to 19.3 billion.[vi]   On our southwestern borderlands, food insecurity is more acute, rising to nearly 27%.

Opponents of the wall have labelled it as an unnecessary and ineffective evil that serves to gratify Trump’s enormous ego that thrives on conflict and antagonism. They point to the unconscionable destruction of the land, wildlife, plants, and Native American cultural sites. But steel and concrete are not by themselves evil; they become evil when pursued with corrupt and malicious intent. Donald Trump’s bigotry and cruel incompetence are the evils here.  In times like these, one more dollar spent on the wall is an obscenity.

Diseases caused by viruses and bacteria can be avoided or cured by sanitation, drug therapy, and vaccines.  Or the surviving populations may become immune when natural infections produce antibodies to the germs.  With COVID-19 the hope is that an effective and safe vaccine can be developed that when combined with acquired antibodies will produce a “herd immunity” to protect the world’s susceptible populations. Protection by whatever combination of measures will absolutely require cooperation among nations, states, and people the world over.

But there is no vaccine against Donald Trump’s go-it-alone, self-centered vanity, preening to polish his image and perpetuate power. We need allies, not enemies, in times like these.  The virus is not affected by his tough-guy image, threatening it with Lysol and dangerous hydroxychloroquine cocktails.[vii] President Trump without a mask is to the virus just another exposed pair of lungs and a dangerous example to set for the nation.  His exhibitionism is poor leadership of the worst kind.

Meanwhile, President Trump seeks to divert attention from his own failures by blaming the World Health Organization, deflecting attention from his refusal to take responsibility for his actions and inactions.  He conveniently ignores that his administration in 2018 abolished the office of global health security early warning system established during the Ebola virus outbreak.

Experts predict that the COVID-19 disease will be with us like the common flu until a safe and effective vaccine is developed, hopefully in a year or two.  Only more deadly.  America can cure itself of President Trump’s cruelty and incompetent leadership in the November election.  But the bigotry and racism that produced him has long been endemic in American culture.[viii]  We must learn to overcome them, trying to improve year-by-year. Our union is far from perfect.