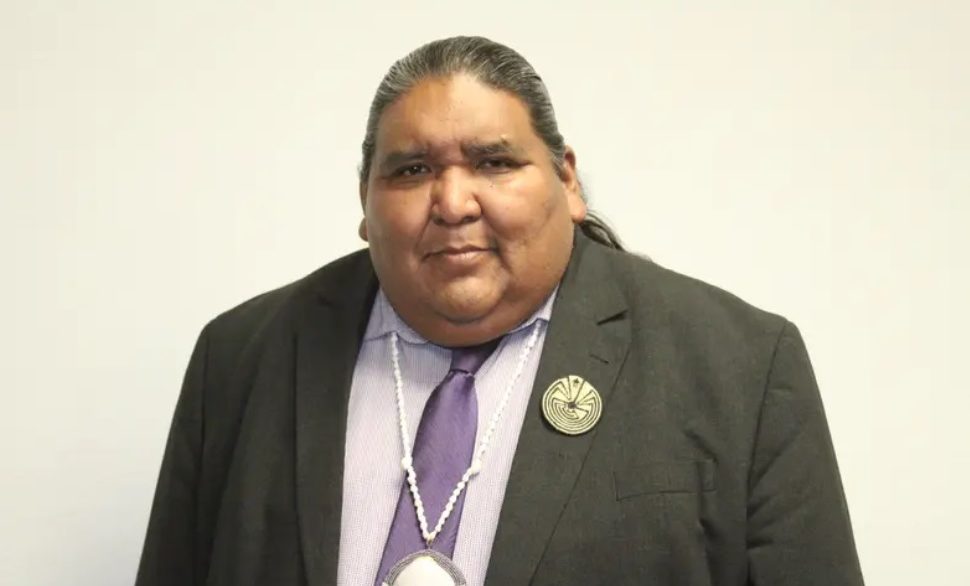 We didn’t cross the border, the border crossed us

When I grew up living near the U.S./Mexico border, the Tohono O’odham elders taught me that our sacred mountains and springs—as well as our most important spiritual ceremonies and pilgrimages—occur on both sides of the international boundary.

We traveled to areas not knowing we were in another country, but knowing we were on the land of our ancestors and family. I learned that we have a basic human responsibility to protect the land and the people.

No matter what the current political debates are about the border, we must unite and stand against the unjust destruction on the border.

Having been both an elected leader of the Tohono O’odham and a traditional practitioner, I have attempted to explain to the federal government how important the continuity of these sacred and religious traditions are to our people. They are important for the people, but according to our beliefs, they are also important for the health and well-being of the land itself. We must continue our traditional and religious practices to keep the world in balance.

But over the last two years, I have seen the Department of Homeland Security, Customs and Border Protection, and the Army Corps of Engineers waive every long-standing cultural protection law and break every promise their bureaucrats made to us in what is supposed to be legally mandated government-to-government consultations and negotiations.

Despite our warnings and concerns, they have bulldozed through burial sites of our ancestors, toppled the giant saguaros we consider to be sacred people of the desert, pumped groundwater that is drying up our sacred springs, and blocked two sacred salt pilgrimage trails that our people have used for centuries.

All of this has been done in the name of a false emergency that Trump declared two years ago.

He is hell-bent on building a 30-foot steel and concrete wall that even border agents say is not the fix to the U.S. border issues. They say it diverts resources away from the true necessities our country needs to keep our people safe from drug and sex traffickers who come into the U.S., but mostly through the official ports of entry.

The real problem is the cities and towns of America demanding the drugs and the lack of realistic immigration reform to allow the work force-feeding and caring for America.

The billions going into building a useless wall would be better spent on the true emergency we are all facing, as hundreds of Navajo and other tribes in the border states face a pandemic for which our Indian health clinics and hospitals are ill-equipped to deal with. We should be building and upgrading our schools, health facilities, and other infrastructures of America and namely tribal nations, not spending the people’s money on a wall that will simply not work.

If a Christian church, Jewish synagogue or Muslim mosque was cut in half by a border wall, and 24/7 lighting put right above those who came for night vigil to honor their deceased, U.S. judges and agencies would clearly declare it a violation of their constitutionally-guaranteed religious liberties.

Why are we not being granted those same rights? Worse yet, the place-based nature of our culture does not simply allow us to “build” a sacred spring or mountain elsewhere as our place of workshop. We cannot simply order our ceremonial plants from Amazon or other social opportunities to purchase items and have them delivered. These are sacred and distinct to this area.

Tribes, tribal organizations, and leaders of a dozen different faiths stand in solidarity with us. Together, we demand the border wall construction stops within a mile of any of our sacred sites that occur off our reservation lands. Other federal agencies have already affirmed our legal presence at such sites and granted us the full expression of our spiritual practices, including harvesting the fruit of plants we need to maintain our ceremonial cycles.

We urge the U.S. Senate, Congress, and every court in the nation to fully address these issues and immediately stop the construction of the wall wherever it passes near the sacred sites of any Indigenous culture in the borderlands.

This is a violation of all cultures’ religious liberty, not just our own.

We didn’t cross the border, the border crossed us. We have no word for wall.

We stand firmly with our brothers and sister of the Tohono O’odham and other negatively affected tribes in condemning the indiscriminate and illegal destruction of sacred sites, ancient burial grounds, and tribal cemeteries that has violated the non-negotiable, constitutionally guaranteed religious liberties.

United we grieve and oppose this unjust matter and call for immediate action to cease all activity of the border wall.

This article was first posted on Indian Country Today