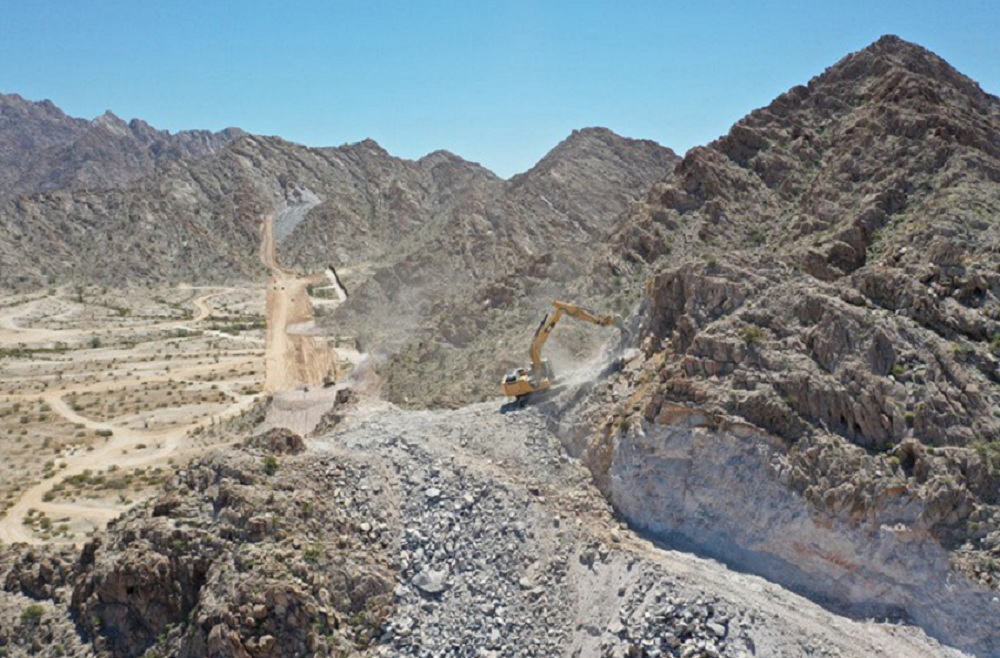 TUCSON, Ariz.— New drone footage shows border-wall construction blasting through a wildlife refuge and mountain range in one of the most remote regions of the United States, along a Mexican UNESCO biosphere reserve. The footage was taken by the Center for Biological Diversity.

“Trump is bulldozing the borderlands’ most beautiful, rugged landscapes for nothing but a twisted campaign promise,” said Laiken Jordahl, a borderlands campaigner at the Center. “Walling off these protected wildlands will kill wildlife, obliterate sacred sites and rip a hideous scar through the heart of the world’s most biodiverse desert. We’ll continue to fight Trump’s despicable border wall every step of the way, and we won’t stop until it’s torn down.”

The remote wilderness of cactus forests, granite mountains and windblown dunes, next to Mexico’s El Pinacate y Gran Desierto de Altar Biosphere Reserve, is not a major crossing point for drug smugglers or migrants. But it is home to the country’s core population of endangered Sonoran pronghorn, as well as desert bighorn sheep, kit foxes, golden eagles and other wildlife.

The construction has forever altered the centuries-old Camino del Diablo, or Devil’s Highway. The ancient trade route, listed on the National Register of Historic Places, was traveled by Native Americans, explorers, miners and missionaries like Father Eusebio Kino. Once a forbidding, high-clearance trail, the Camino has been bulldozed and bladed by construction crews into a major thoroughfare.

“The storied, ancient wildlands of the Sonoran Desert will never be the same,” said Jordahl. “Sacrificing this living landscape for a useless border wall is criminal. We can rip the wall down, but we’ll never be able to piece back together the sacred sites and natural history obliterated by Trump’s racist border-wall fixation.”

Wall construction has accelerated across the borderlands despite the COVID-19 pandemic. Hundreds of miles of new construction have been announced in recent months, including areas through critical habitat for the endangered jaguar. Wall construction is ongoing in the neighboring Organ Pipe Cactus National Monument and across Arizona.

A 2017 Center report identified 93 threatened and endangered species along the 2,000-mile border that would be harmed by Trump’s wall.

The Center and allies have sued to challenge Trump’s emergency declaration, which would fund this border-wall construction. These groups have also asked the U.S. Supreme Court to review federal court rulings allowing the Trump administration to waive laws to speed border-wall construction from the Pacific Ocean to the Rio Grande Valley.

Beyond jeopardizing wildlife, endangered species and public lands, the U.S.-Mexico border wall is part of a larger strategy of ongoing border militarization that damages human rights, civil liberties, native lands, local businesses and international relations. The border wall impedes the natural migrations of people and wildlife that are essential to healthy diversity.

The Center for Biological Diversity is a national, nonprofit conservation organization with more than 1.7 million members and online activists dedicated to the protection of endangered species and wild places.