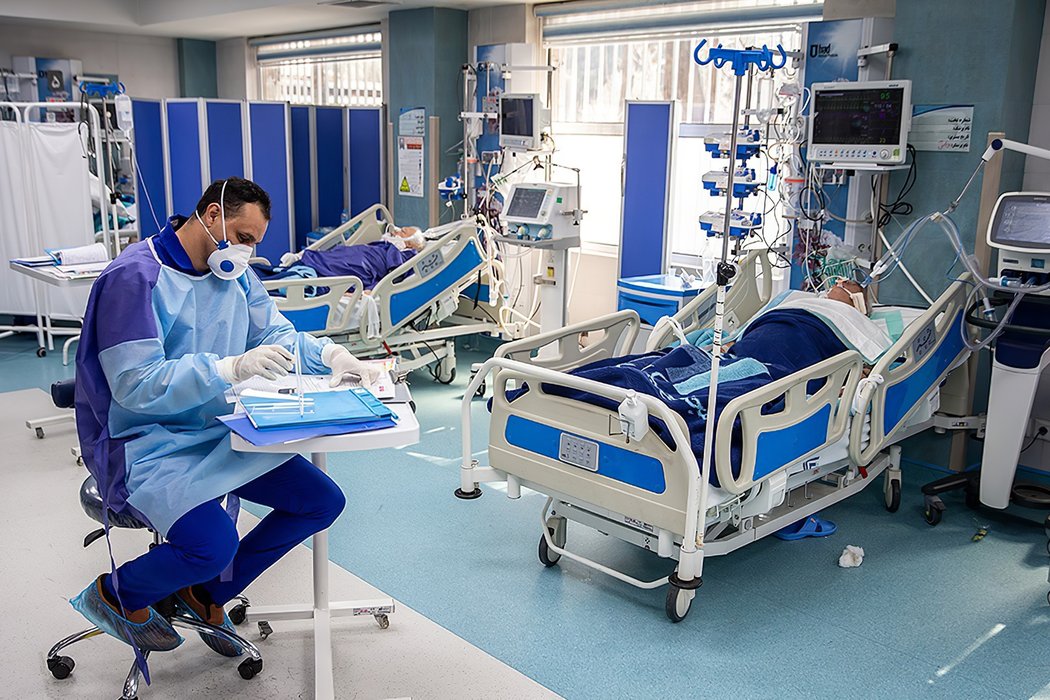 On February 27, Senator Elizabeth Warren, Democrat of Massachusetts, unveiled a bill that had the potential to positively affect the lives of millions of Americans. It was intended to immediately divert money from President Donald Trump’s border wall to the U.S. response to the coronavirus. At the time, we could only guess how badly such funds would be needed.

Now, more than a month later, public health officials have informed New York Governor Andrew Cuomo that a minimum of 140,000 hospital beds and 40,000 Intensive Care Unit (ICU) beds will be needed by April 15 in his state alone to deal with the predicted peak of COVID-19.

Just in New York—which as of March 26 accounted for nearly half of the nation’s known COVID-19 cases—Cuomo needs to find, in short order, 87,000 additional hospital beds for patients who have tested positive. That’s in addition to 40,000 new ICU beds for the spillover of those who are expressing severe symptoms.

All of this has occurred since Warren initiated her effort to bring the funds now dedicated to border wall construction back to where they belong.

Where will New York find an additional 120,000 beds (including those for ICUs) by mid-April?

A forecast at the national level by the Institute for Health Metrics and Evaluation predicts that forty other states are in the same sinking boat, in need of far more ICU beds than are currently available. Eleven of those states may need to increase their ICU beds by 50 percent or more to meet patient needs before the current wave of the pandemic ends.

While the Army Corps of Engineers is dutifully trying to convert abandoned hotels and dorm rooms into quarantine areas, most Americans have already forgotten some recent history. The military budget for 127 earmarked projects of the Corps was robbed of more than $10 billion dollars of funds authorized by Congress. A good portion of that was used to build health and child care facilities on military bases over the last two years.

Our compassion-deficient President is insisting on building an unnecessary defense barrier for a fabricated crisis while untold numbers of Americans are at risk of death in a painfully real crisis—one that is a global, not merely national, emergency.

Not once, but twice, Trump has diverted funds explicitly earmarked for tasks like renovating dilapidated health clinics and building new schools and daycare centers on military bases. With no vote by Congress and little support from military physicians or families, the President’s pen zeroed out those projects on military bases to please those to support border wall construction.

If Trump had allowed the Corps to proceed as Congress had authorized, many of the 120 construction projects proposed on military bases in twenty-three states could have already advanced. Some upgrades of shabby, under-equipped health clinics on bases could have been completed by now. These facilities could already be offering health care to those suffering from the emergency that has hit our planet.

Even if Trump were to only allow the funds he grabbed for wall construction to be used for retrofitting older facilities on the forty-six military bases in our country, the investment would be well worth it over the long haul.

In short, our military health care capacity was already compromised before Trump robbed billions of dollars that had been reserved for improving it. Now, both our military service people and the public at large have been left in the lurch during a time of unprecedented crisis.

This is heartbreaking, since the relative remoteness and tight security protocols in place on military bases would have made them ideal sites for COVID-19 quarantine centers. Trump has not only failed to heed the concerns of military health care planners and Congress for more than two years, but his Cabinet members have also continuously rejected Senator Warren’s proposal, even as the crisis accelerated.

Alex Azar, secretary for Health and Human Services, has said that his department would not be willing to divert any funds from border wall construction back to dealing with the COVID-19 national and global emergency.

Senator Warren is not the only one reminding the President and his Cabinet that it is far more critical to mobilize those Congressionally authorized funds for emergency health care “rather than using taxpayer dollars to pay for a monument to hate and division.” In early March, attorney generals from nineteen states filed a lawsuit to prevent the diversion of more Pentagon money to the wall.

According to a statement issued March 31 by Attorney General Josh Kaul of Wisconsin, “$790 million of the diverted funds [had been] allocated to National Guard units across the country for the purchase of equipment critical to responding to natural disasters and other emergencies.”

Kaul’s statement continues: “Poor use of resources in normal circumstances, it’s particularly misguided now, when we need to be marshaling our resources to fight the coronavirus.”

Gary Nabhan is an ecumenical Franciscan brother who lives within eighteen miles of the U.S./Mexico border. Follow Nabhan and his colleagues on www.healingtheborderdisorder.org. 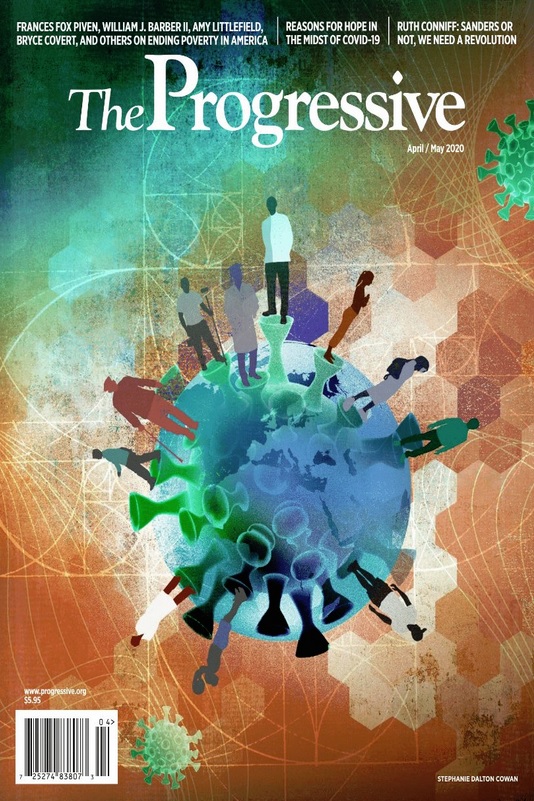 This issue of The Progressive went to press on March 25. It will not reach our print subscribers until, in some cases, mid-April.

Just as we could not have predicted how vastly the coronavirus pandemic would reshape our lives in just a few days, we are quite unable to predict where things will be when our readers receive this issue, on which we have worked so hard.

For this reason, we have taken the extraordinary step of publishing the entire issue on our website even before the magazine reaches subscribers, in recognition of the urgency of the moment. Some of you, hopefully, will have received our emails to this effect, and have been able to read this issue online. In the future, know that your print subscription always entitles you to digital access; just go to progressive.org and click the red subscriber-access box.

The coronavirus pandemic has created, for all of us, an unprecedented crisis. For The Progressive, that means our office building is closed; our staff is pressed to the limit; and our finances are stretched even more than usual to deal with the emergencies of the moment. We can’t even be sure our printer and other service providers will continue to be available to us through this crisis.

In the worst-case scenario, we might be forced to suspend print publication for some period of time. We hope that doesn’t happen, and we are doing all we can to address these challenges and to keep The Progressive alive and in print.

In any event, we will continue to produce copy online, and to keep alive our two projects: the Public School Shakedown, which tracks attacks on public schools, and the Progressive Media Project, which distributes op-eds to news outlets nationally.

But the main thing that has sustained us, throughout The Progressive’s 111-year history, is our print subscribers. So we are turning to you once again.

We have received many calls and emails from our concerned readers asking how they can help us meet this emergency. We have a few suggestions:

Thank you for all that you have done to support The Progressive through the years. We are doing everything we can to remain viable. We owe it to Fighting Bob.

- Your friends at The Progressive