by: Diane and Richard Collins

Sister Engracia Robles and Lupita Flores were sharing coffee one afternoon several years ago discussing the recent increase in homeless migrant families appearing on the streets of Nogales, Sonora.  The children appeared so thin and pale, “their lips were white with hunger and thirst,” they noted with dismay, unlike the robust, dark-skinned people of the Sonora region.  The good Catholic sisters decided to do something about it.  Lupita and Engracia made a budget for 100 plates of beans and tortillas they could afford daily and got busy: Good People Doing Good Work for those in need on the borderlands.

Thus was born the Kino Border Initiative’s soup kitchen, El Comedor, today known to many in need from both sides of the border and to the volunteers from Sonora and Arizona who serve them.  The small building can be found on the east side of Boulevard Luis Donaldo Colosio in Colonia Fovissste II, one-half mile south of the US Port of Entry on Mariposa Road.  If you drive north on the Boulevard toward the border one enters the Zona Ganadera; go right to the truck terminal where a large percentage of the winter vegetables enters the US destined for American consumers; go left to the stockyards to the ganadera corrals where thousands of Mexican cattle are held before entry into Arizona. I had been to the stockyards several times to look at cattle without noticing the long lines of people outside the small building, waiting for a hot meal, likely the only one of the day for many.

Today, February 11, 2020, Diane and I are guests at the Kino Border Initiative’s dedication of the new migrant center across the Boulevard from the old Comedor. We listened with delight as Lupita and Engracia told the story of KBI’s founding in Spanish translated simultaneously by Joanna Williams, KBI’s education and outreach director. The cavernous dining hall was filled with guests and sponsors from all over Mexico and the United States, celebrating with carne asada, re-fried beans, and Mariachi music.  Someone asked the ladies how many meals they had served over the years?  Lupita guessed 400,000.   “No, no,” Sister Robles countered, “440,000 at least.” 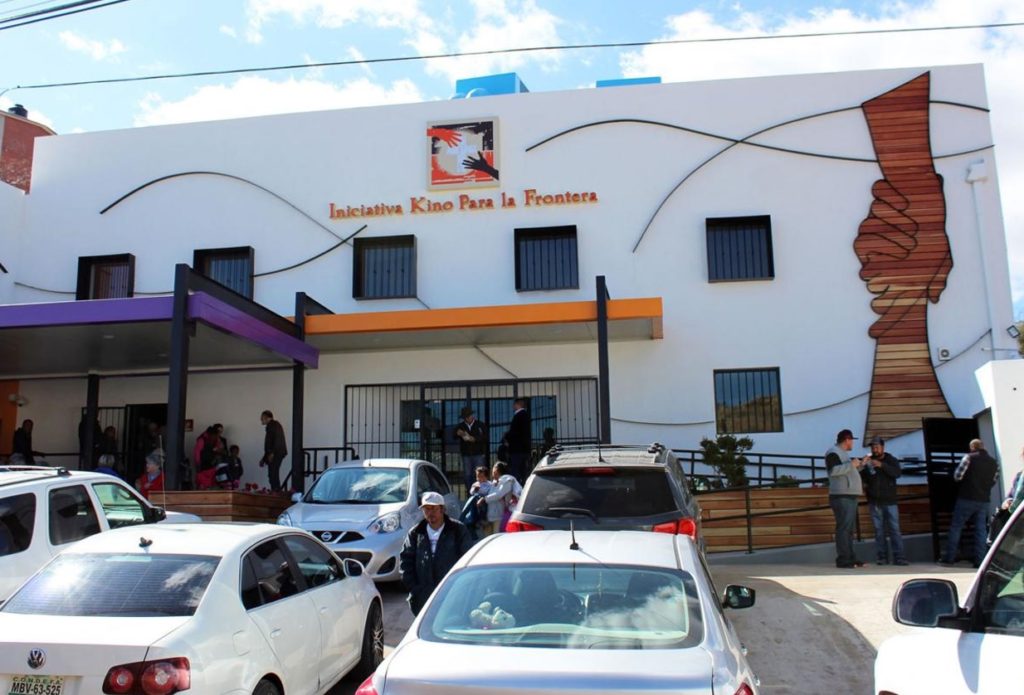 The story of how we came to be there that Tuesday is short but worth telling. Ten years ago, I joined up with Por Los Caminos de Kino Cabalgata whose riders are mostly from the Mexican state of Sonora.  The group started in 1987 to venerate Father Eusebio Francisco Kino, a Jesuit priest who arrived in the borderlands in 1687 to proselytize the Catholic faith to the Pima speaking natives.  Each year they mark 100-150 miles of Kino’s trails and ride them out travelling much as he did; 10-12 hours each day in the saddle, sleeping on the ground, cooking over an open fire.

About the same time, Arizona’s urban politicians had been seized by fear of the Mexican drug cartels.  Rumors had it that they were slithering across the border with knives and AK-47s intent on mayhem and murder.  This fear became misdirected against all Hispanics, whether US or Mexican citizens. Our ranch lay between the Arizona towns of Sonoita and Patagonia about 25 miles from the border. Many of our neighbors and friends were only a few generations removed from Mexico, and while we had marijuana smugglers and lost migrants occasionally crossing the ranch, I did not see the same dangers.  Riding the Cabalgatas would afford the opportunity to get to know my near neighbors to the south.  Moreover, I would see the rural borderlands and villages as the early explorers had experienced them:  From the back of a horse.

In 2015, I wrote a book about these journeys and what we had learned. The riders were members of the growing Mexican middle class; devout Catholics and deeply family orientated.  Family, it seemed, was the only institution they could trust. They were cheerful and gracious, and wanted to be pro-American, but Trump’s blanket classification of Mexicans as criminals, murders, and drug dealers offended them.  From their perspective, the United States also shares the blame for the cartels because Americans buy billions of dollars of illegal narcotics. Over the years, we became family friends with the Cabalgantes and attended weddings of their children; happy-go-lucky affairs that lasted 3 days and took a week to recover! 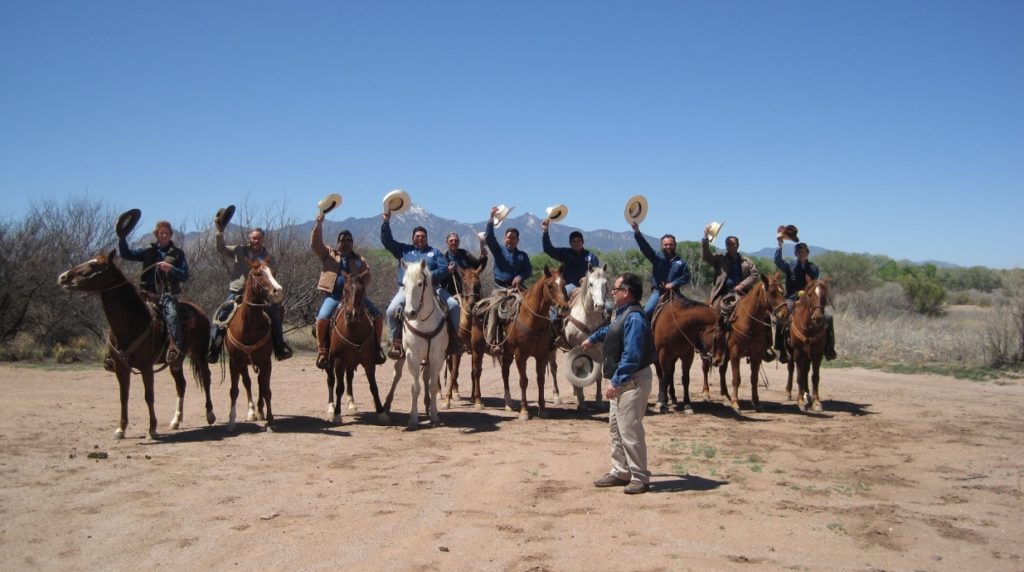 In 2017, the Trump administration began to deport undocumented Mexicans who had lived for decades in Arizona; they had families, abided by local laws, worked and contributed to our local economy.  Ripped away from their families and support systems, the US immigration service abandoned the deportees into a country and language they not know.  In Nogales, Sonora, the Kino Border Initiative, a bi-national Jesuit Refugee Relief organization mobilized to meet their needs by raising funds and building the new migrant shelter where we sat that February morning in 2020.  It accommodates 170 people at a time, providing food, religious sanctuary, medical attention, and legal counsel for those who might be eligible for returning to their families in the US.

Lately, the US-Mexico border has been flooded with Central American refugees seeking legal asylum from the violence and hunger at home, many of them families with children.  Trump’s “Migrant Protection Protocols” have forced them stay in Mexico while awaiting their asylum hearings, often for months.  In the meantime, KBI gives them food and shelter.  Joanna Williams reported that 275 families were returned to Nogales in January and February, 2020, the majority from Guatemala.  Diane and I had lived for a decade in Central America and understood first-hand the dire conditions that had caused them to flee.

Diane and I are not Catholics and we don’t follow any particular religious persuasion.  So why were we sitting that morning listening to Jesuit Father Sean Carroll dedicate KBI’s new migrant center?  Perhaps the answer is that we were raised by farmers and live in a rural ranch community. We believe that the best sermons are lived, not preached. Every culture I know about has a version of the farmer’s ethic of “reaping what you sow, helping a neighbor in need, do unto others….”  So in 2017 when the Trump administration began to deport long-term US residents, we decided to help by donating all proceeds from the book Riding Behind the Padre to the Kino Border Initiative.  And if you are curious and inclined to participate, go to KBI’s excellent web site for more on Good People Doing Good Work on the Borderlands. 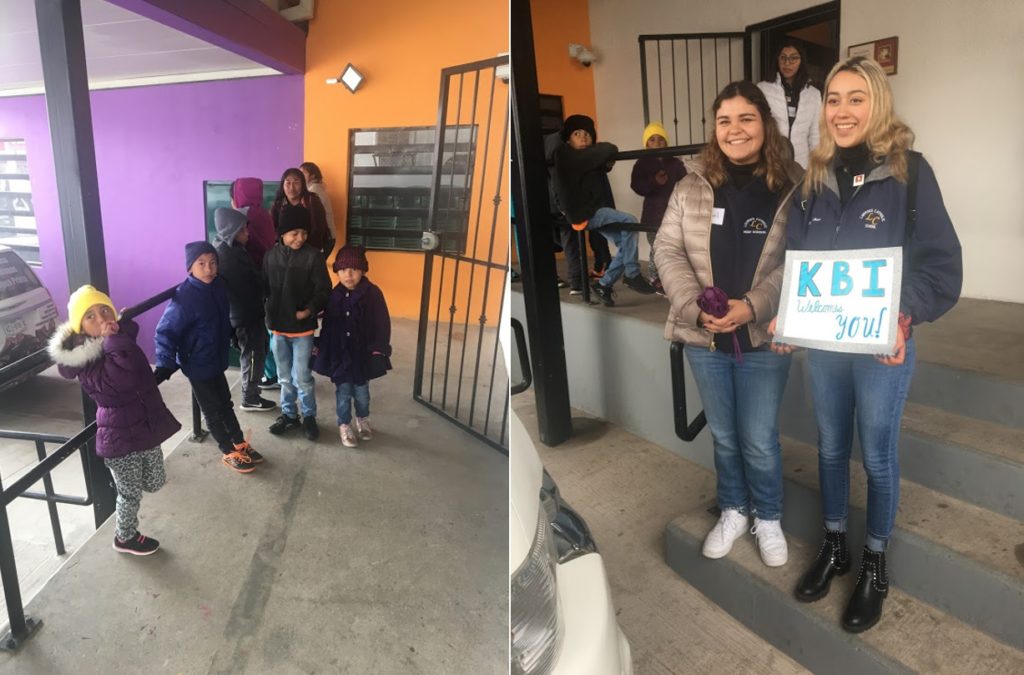