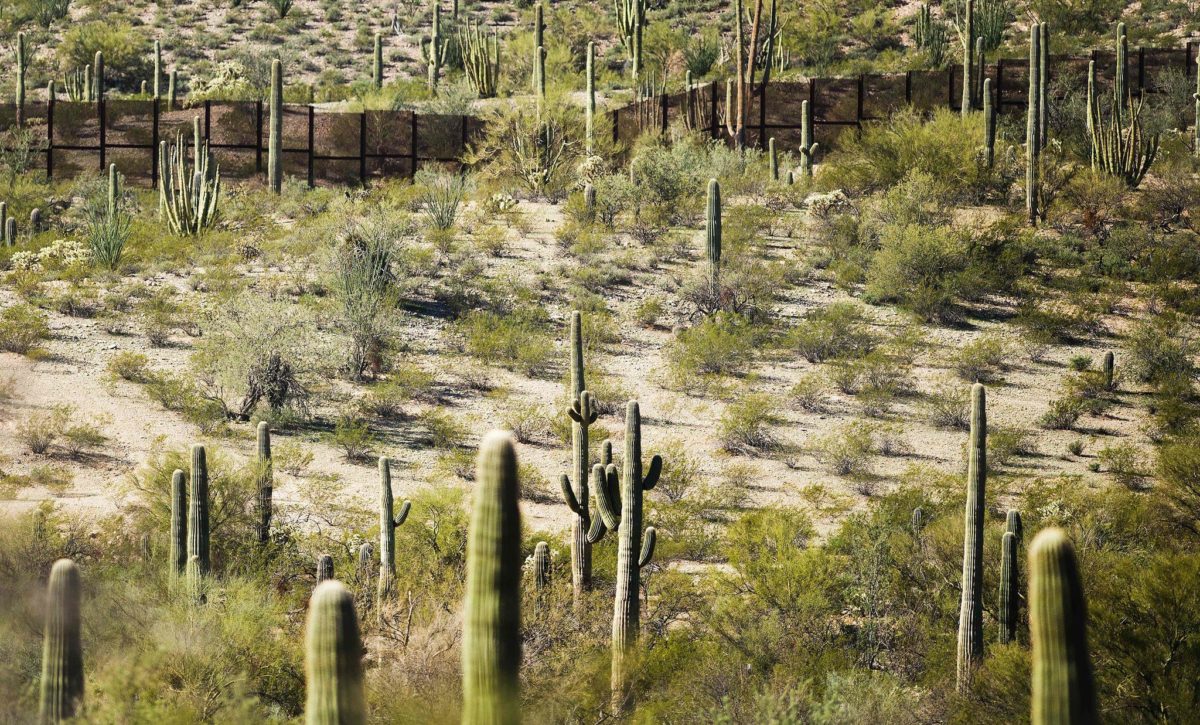 One site disturbed by the construction, which is taking place in a UNESCO ecological preserve, is a resting place for Apache warriors.

Construction crews have been blasting at Monument Hill, a resting place for primarily Apache warriors, and bulldozing at Quitobaquito Springs, a pilgrimage site, according to the office of Representative Raúl M. Grijalva, who recently toured the area in his southern Arizona district.

In 1976, UNESCO made Organ Pipe Cactus National Monument an international biosphere reserve, the agency’s designation for areas protected to conserve biological and cultural diversity while allowing scientists to study the impact of development.

After visiting several sites on Jan. 20 with members of the Tohono O’odham Nation, Mr. Grijalva, the Democratic chairman of the House Natural Resources Committee, said that more were at risk. He plans to hold a committee hearing about the damage.

In remarks made in a video posted to Twitter on Sunday, Mr. Grijalva echoed warnings from the National Park Service, which said in a study last year that the construction of Mr. Trump’s wall along the southwestern border would significantly damage or completely destroy more than 20 archaeological sites in Organ Pipe Cactus, a national monument comprising 517 square miles of mountain ranges and desert land.

The park is sandwiched between Cabeza Prieta National Wildlife Refuge and the Tohono O’odham Reservation, whose leaders have said the border wall would virtually split the indigenous community in half.

In his statement, Mr. Grijalva referred to destruction that had taken place after his visit. Information about it had been conveyed to his office in the past two weeks, according to Geoffrey Nolan, a spokesman for the congressman.

A Customs and Border Protection spokesman did not immediately respond to requests for comment on Tuesday. In a statement to CBS News, the agency said the blasts at Monument Hill were in preparation for “new border wall system construction.”

Ned Norris Jr., chairman of the Tohono O’odham Nation, said in a statement provided on Tuesday that the use of explosives on the border wall would “irrevocably harm cultural sites, sacred sites and the environment.”

While the two sites are not on the reservation, he said, federal agencies are required to consult with the tribe before any action that “significantly affects Indian lands, tribal rights or protected tribal resources.”

Laiken Jordahl, a campaigner with the Center for Biological Diversity, said in an interview on Tuesday that he had recently learned that explosives had been used to create a 60-foot-wide patrol road on Monument Hill for the future border wall. At least one sign near the construction zone designated a blast area.

“It cuts through the middle of the hill,” he said. “They are clearing out this huge swath of land.”

He said that a similar track had been bulldozed near the springs, and that the construction crews were digging wells to extract water to mix with concrete.

Mr. Grijalva, whose constituency includes four tribal nations, said the construction work was also affecting the ecology of the area by upending cactuses and encroaching on freshwater areas. He said the administration was using federal waivers to build the wall.

The congressman’s tour and the danger to the sites were reported last month by The Arizona Republic. In October, construction crews at Quitobaquito Springs discovered fragments of human remains believed to have belonged to O’odham ancestors from centuries ago, it said.

Mr. Trump has pressured Department of Homeland Security officials to speed the construction of his border wall, a highlight of his policy initiatives.

Christine Hauser is a reporter, covering national and foreign news. Her previous jobs in the newsroom include stints in Business covering financial markets and on the Metro Desk in the police bureau. @ChristineNYT