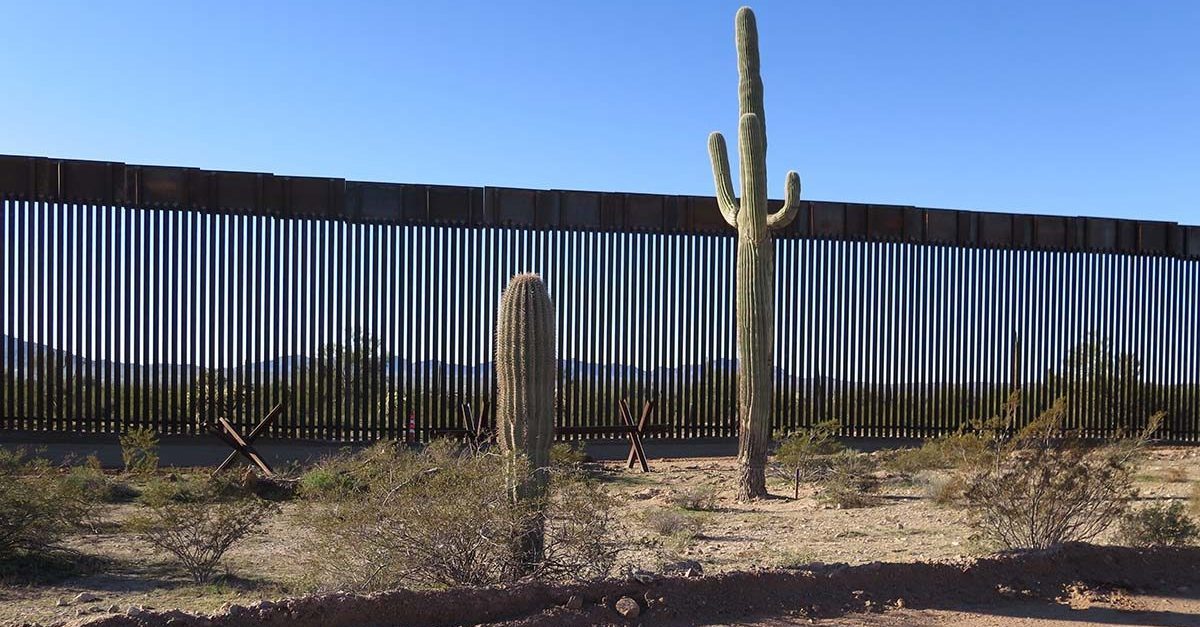 No wall lasts forever. On Jan. 29, part of President Trump’s new border wall wavered toward collapse under the force of strong winds whipping through the twin cities of Calexico and Mexicali. An 80-foot segment lurched into Mexican territory, and only a tangle of netting kept it from collapsing onto Colon Avenue in Mexicali. It took several cranes from the U.S. side to right the steel panels.

Through this last year, most of the families I know who live close to the border came to a similar conclusion: The ugly wall so close to them further militarized our international boundary with Mexico. They said a steel barrier with a yard-wide concrete footer — and lightning that never dimmed — permanently blocked the free flow of wildlife, seeds, pollen, water and residents across the U.S.-Mexico border. For months, these families watched the United States rush to build a wall through some of the poorest communities in western North America.

It’s no wonder both supporters and opponents of this bigger wall have begun to speak fatalistically about the barrier. Because the courts have so far upheld Trump’s legal waivers of 41 state and federal laws, it seems to make sense to concede that more miles of wall is irreversible.

Meanwhile, the wall does damage wherever it’s built or expanded. Habitats for endangered species have been fragmented, and human remains in sacred sites have been irrevocably desecrated. Now, say the doom-and-gloomers, there is no going back.

But one needs to read only a bit of world history to realize that walls can fall down as a quickly as they went up.

Thirty years ago this last November, the Berlin Wall came down after 26 years of dividing Berlin and East Germany from West Germany. Its deconstruction cost far less than its original construction, perhaps because lots of eager people pitched in to turn the concrete part of the wall into rubble. The two sections of Berlin have now been reunited for a longer period of time than the construction of the wall in 1961 divided them.

Closer to home, the first barrier built on our southern border, dividing Nogales Arizona from Nogales Sonora,  recently came tumbling down faster than the walls at the Battle of Jericho. This wall was erected a little over a century ago, during the time that Mexico was in the depths of a revolution. American-made rifles were frequently smuggled into Sonora through Ambos Nogales.

To slow the flow of firearms, Sonora’s Gov. Maytorena ordered the erection of an 11- strand barbwire fence to run down the middle of International Street, where the two countries met. Yes. That’s right: The first border barrier along the boundary line was erected to keep U.S. citizens from illegally passing rifles into Mexico!

But that first border wall so enraged the community of Ambos Nogales that it was brought down within a mere four months of its being erected. As soon as Gen. Obregón defeated Pancho Villa’s foot soldiers in Nogales, Sonora, in 1915, he ordered the 11-strand fence torn down.

Another fence was constructed not long afterward, but until 1924, there was no U.S. Border Patrol positioned along the border between the twin cities of Nogales. Not until the mid-1930s was there any fence stretching along the 100-mile invisible line that divided the Tohono O’odham of Arizona from their kin in Sonora.

Regardless of your political stance about our current border policies, it is time that we recognize that a border wall is not a fait accompli. If we don’t want it, it can go. And that would mean that surface waters would flow again, dozens of species of wildlife now threatened by habitat fragmentation could migrate once again, and seeds could tumble across the desert floor.

Given these possibilities, it is not too early to begin a rational discussion about how the wall should be deconstructed, how its materials should be recycled, how sacred sites along its pathway should be reconsecrated, and how the damaged natural habitats should be restored.

I live just 14 miles as the crow flies from the Arizona-Sonora, Mexico, border, and though no one can predict when the times will dramatically change, I know it is never too early to consider the possibility. Let’s jumpstart a No-wall task force, one with American, Mexican and Tribal Nation representatives. Let us now envision a more just and humane future along our border with Mexico.

Gary Paul Nabhan is a contributor to Writers on the Range, a private nonprofit organization dedicated to lively discussion about the West. He has lived and worked on both sides of the border for nearly 50 years.