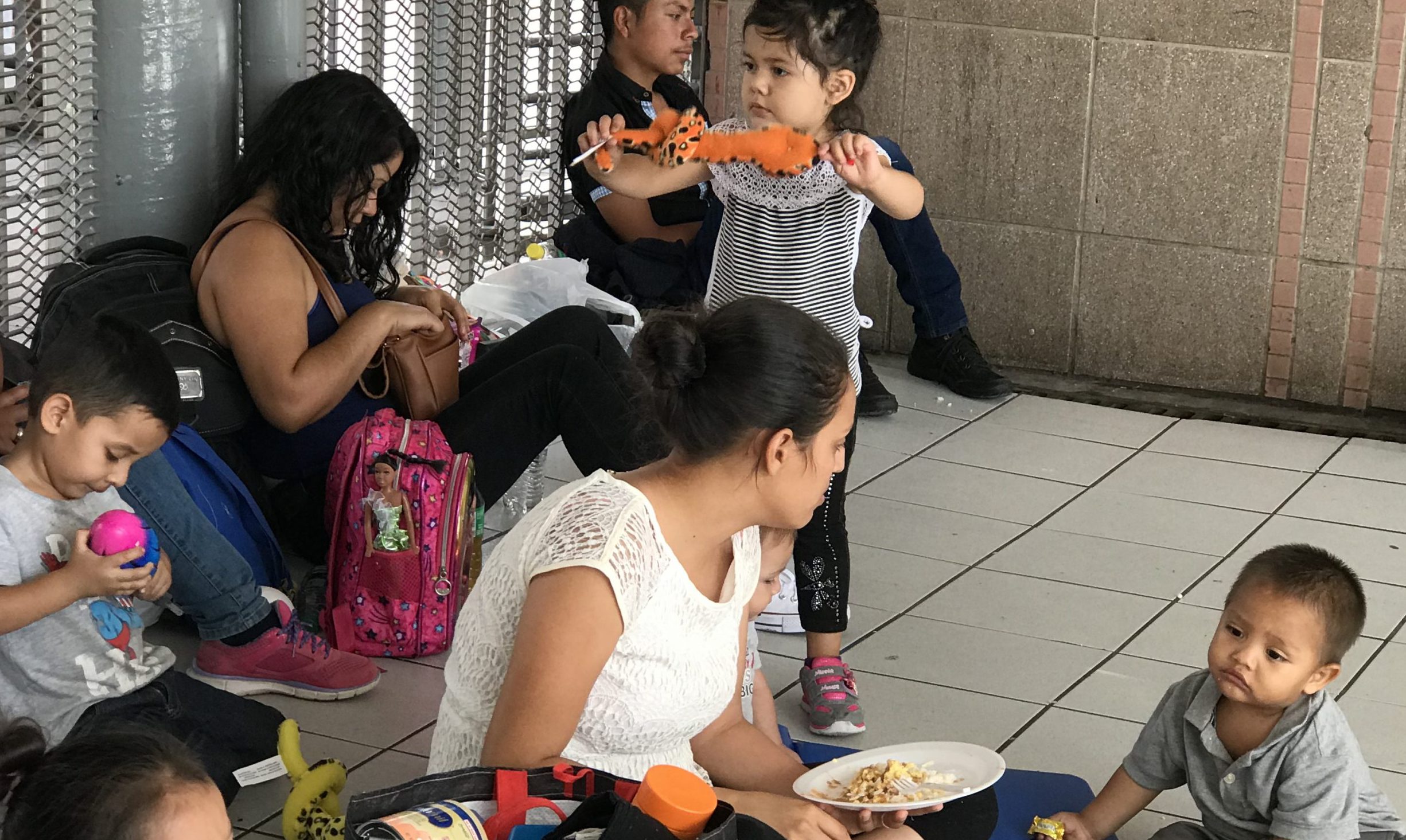 During the presidential campaign, “Build the Wall,” was a repeated refrain that got applause from Trump’s supporters. Trump mobilized his base with falsehoods about our southwestern borderlands being a lawless region even though FBI and local law enforcement statistics clearly showed that we have less violent crime than most America’s cities.   Today as President, “Build the Wall,” has become what passes for public policy and international relations with our nearest neighbor to the south. It persuades a segment of Americans to blame immigrants for their social and economic woes that have been mostly caused by technological change and the anti-middle-class concentration of wealth toward people like Donald J. Trump.

Further expanding on his associated absurdities, Trump in full campaign mode claimed that Mexico would pay for the Wall.  But the realities have quickly become clear:  Mexico will not come up with funds.  Today, as US-based construction companies scramble to cash in on Trump’s obsession, the question of who will pay has been solved: the short answer is the U.S. taxpayer.  Washington-based politicians have long acted as though enough money and military muscle can solve most of America’s problems.  They seemed to have learned little from the tragedy of Iraq that cost trillions of dollars and thousands of lives. Now, Trump has tweeted us toward national insolvency by looting the congressional allocations for the Defense Department and other uses. In Arizona, executed contracts for construction average about $20 million per mile (John Burnett, NPR, 2020). For the 63 miles from Lukeville, Arizona west toward Yuma over public lands the contract with Southwest Valley Construction Company is $646 million. No funds were included for vegetation salvage, re-location of Native American burial sites or remediation of the damages to the land.

In places where the wall is built on private lands as in most of Texas and near border cities and towns, land costs including condemnation fees will add multiple millions more.  The Cato Institute estimated $5.7 billion for 234 miles for an average of $24.4 million per mile, assuming no cost overruns. That number balloons to $36.6 million per mile with the typical 50% cost overruns on most government contracts.  In addition, in 2017, $274 million was spent on existing border fence maintenance (FY 2017 DHS budget).  Extrapolating that number to the entire southern border wall, maintenance costs would soar to over one billion dollars annually. The truth is that no one knows what the final costs will be, but a reasonable range is somewhere between $25-50 billion.

To understand what protections the American public will receive for their money we need to look at the 650 miles built by the Bush administration at a cost averaging $4 million per mile. Today, the Border Patrol has grown to nearly 20,000 agents nation-wide with about 16,600 on the southwestern border. They patrol the rural border areas away from the official ports of entry.  Another 40,000 Cross Border Protection officers inspect and examine people and cargo at all US ports of entry (US Government Statistics, 2019).  In the housing construction boom of previous decades, borderland ranchers found lost migrants in desperate straits every week.  The Border Patrol became the rescue patrol and saved many lives. The recession starting in 2008, coupled with the Obama-Trump deportation policies, has slowed illegal border crossings to record lows. As per U.S. Immigration Services data, most of the undocumented persons in the U.S. enter legally and over-stay their visas. Likewise, most immigrants seeking asylum enter at the legal ports of entry or turn themselves into immigration authorities. Viewed in this light, Trump’s walls in the vast rural areas of the borderlands appear to be a political ploy in search of an unsolved problem. Many borderland residents, including ranchers and Native Americans like the Tohono O’odham in Pima County, Arizona, do not want the destruction of their lands and increased traffic that inevitably comes with the new walls. The vehicle-type barriers along the border installed by previous administrations when accompanied by electronic surveillance, good cell phone reception and rapid communications with Border Patrol agents have given them adequate protection from undocumented immigrants and drug smugglers. And these barriers do not block wildlife migratory routes.  In a few problematic areas, the Border Patrol have been stationed in advanced bases. Their name, Border Patrol, implies that they will guard Americans who live on the edge.

As U.S. President, Trump has surrounded himself with advisors steeped in military solutions and nationalistic dogma. The 2000-mile wall with Mexico is needed, they say, to protect Americans from illegal narcotics and the Mexican drug cartels.  But that protectionist approach follows a clear pattern of non-fulfillment that reaches back beyond Richard Nixon’s 1971 “War on Drugs” which was an abysmal failure, as was prohibition of alcohol in the 1920-30s.

If more and taller walls were an effective means of protection from illegal narcotics, we should have seen reduced drug purchases and addiction rates concurrently with the massive buildup in border walls and militarization of the border over the past decades. Yet multiple studies show that Americans are purchasing more than $140 billion in illegal narcotics each year, most of it coming across our southwestern border (Rand Corporation, 2016).  That kind of demand draws criminals from both sides of the border, Mexicans and Americans alike.  Addiction rates have continued to rise in all age groups, with over 130 deaths daily, especially among users of opioids. The Centers for Disease Control and Prevention reported 70,237 drug overdose deaths occurred in the United States in 2017.  In terms of economic losses, White House Council of Economic Advisors estimated the crisis cost the U.S. $696 billion in 2018, and $2.5 trillion over the four year period of 2015-2018.

The reality is that most illegal drugs, including the highly addictive and lethal narcotics like opioids, heroin, methamphetamines and cocaine, enter through the regulated ports of entry concealed in myriad ways, according to the U.S. Drug Enforcement Administration.  An increasing proportion now enter via courier services like the U.S. Mail, FedEx, etc., or are manufactured domestically. Each day, a million people and thousands of trucks and cars cross the southern border in either direction.  Inspection procedures are imperfect and a few inspectors have been corrupted by cartel cash and threats.  Less than 25% of the contraband is seized even though these portals are blanketed by high walls, detection equipment and dogs, and an army of inspectors. Trump’s overall strategy against illegal narcotics is dominated by more of the same: more walls, more law enforcement and militarization.

Ironically, the most grievous cost of Trump’s useless and unwanted new wall is divergence of resources away from the crucial public health solutions of education to prevent experimentation with addictive drugs, especially by young people. The National Drug Control Budget for 2019 allocated a paltry 6.7% of the $33 billion total to prevention.  In 2020, this was further reduced to 6.2% while law enforcement and interdiction of drug supply chains grew to 48%. Our drug problems are diverse and will not yield to a single intervention or prevention approach. The Trump administration seems not to recognize that most addiction begins at home with legally prescribed pain pills and grows to include the illegal narcotics that cross the southwestern border.

There is no “vaccine” against drug addiction.  But it can be controlled.  This was demonstrated with cigarette smoking and tobacco use in the United States wherein the use of tobacco, nicotine addiction, and the most lethal consequence—lung cancer—was dramatically reduced by a concerted, multifaceted public health program consisting of aggressive public education and targeted legislation. Rates of smoking in adolescents, for example, have fallen by over 50% in the past three decades across all population segments in the States, yet smoking is not illegal anywhere. And nicotine has an addiction potential equal to or higher than most opioids, heroin and cocaine.

Public health programs work, they have direct and predictable positive social, financial, and health consequences.  These same arguments can be made to expand prevention and education programs against drug use, especially in our schools and local communities.  But their application requires carefully constructed plans to fit local situations, adequate financing, and competent practitioners who act with compassion and patience.  Trump’s new wall is a damaging non-solution to complex problems that have not been adequately thought out, let alone confronted with stated, defended, and coherent policies to solve them.

The consequences have been chaos and the humanitarian disaster that plays out daily, including family separations and internment camps on both sides of the border.  Rather than allocating scarce resources to the new wall and over-militarization of our border with Mexico, the same money spent for shoring up security and the economies of Central American countries and Mexico would pay the United States dividends many times over, just as the “Marshall Plan” did in Europe. This was an American investment to stabilize and rebuild Europe in the aftermath of World War II.  It was one of the most successful foreign aid programs in history that ended in 1951 after the US had given aid to fifteen western European countries.  The results have been strong international alliances, prosperity, and 75 years of relative peace on both sides of the Atlantic Ocean.

Carlos C. (Kent) Campbell, MD, MPH is a public health physician who worked for the CDC for 23 years. Upon retiring, he collaborated with the University of Arizona to establish the College of Public Health and was its interim Dean for two years.

Richard C. Collins worked for the CDC and lived in El Salvador and Guatemala during the 1970s where he witnessed the poverty, disease, violence and inequities that fuel much of today’s turmoil on the U.S.-Mexican border.  Since the 1980s he has owned and managed farms and ranches on the Arizona borderlands.

Gary Paul Nabhan is an ethnobiologist in the SW Center at the University of Arizona.  Dr. Nabhan received the MacArthur Fellowship in 1995 for work on native foods and indigenous plants, and has authored 25 books. They have lived in southern Arizona for decades.