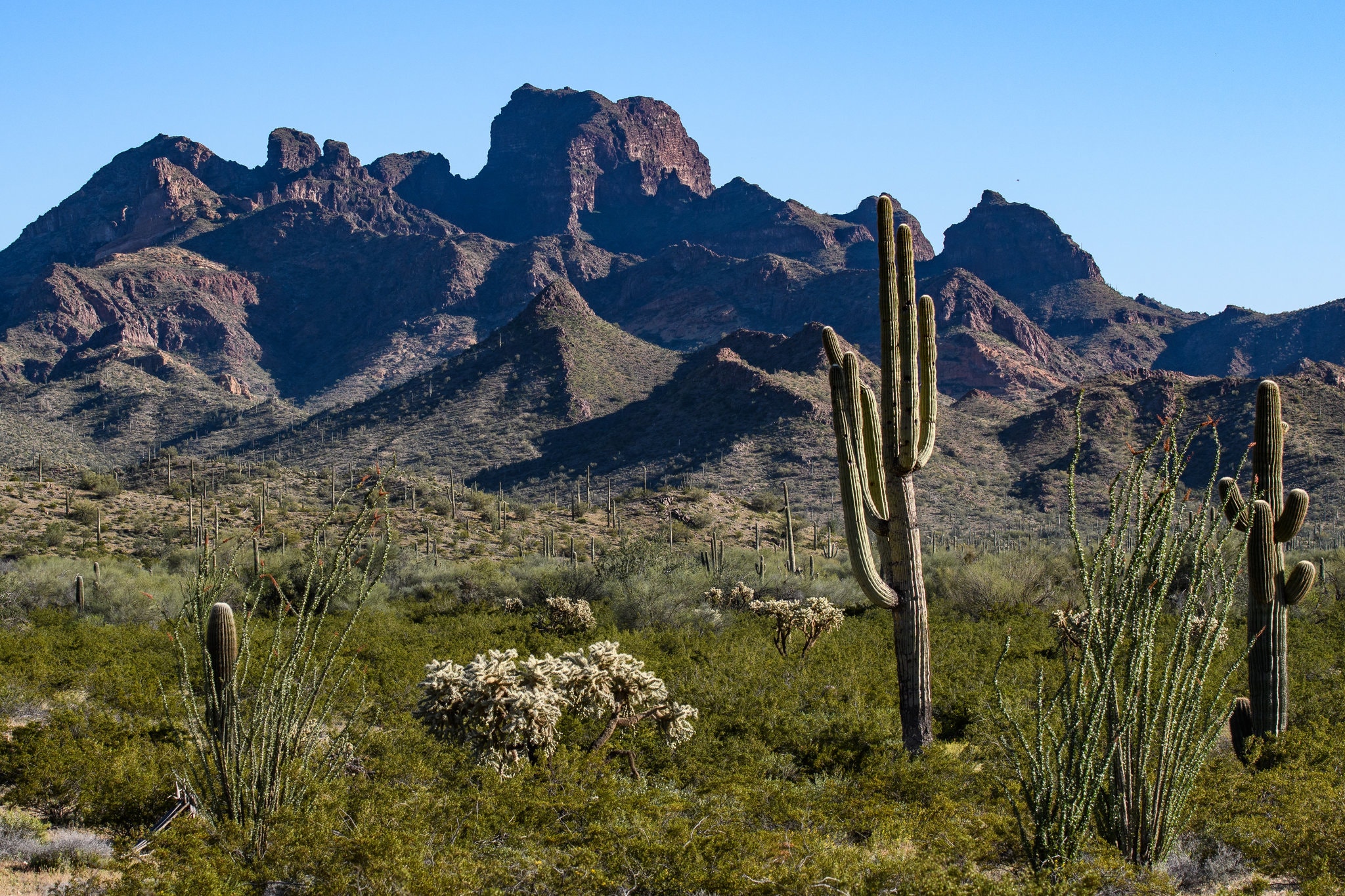 TUCSON, Arizona — My earliest childhood memories are of the wind sweeping across the deserts of West Texas, over the rolling hills and stone peaks of the Guadalupe Mountains National Park, where my mother worked as a ranger for the National Park Service. Her duties were not just to protect and preserve places of natural beauty but also to interpret their landscape to visitors through stories — stories she would share with me on a daily basis at home, on hikes, in the car, even weaving them into the songs she sang to me at bedtime.

The Guadalupe Mountains, an hour and a half from the Rio Grande, could be considered part of a vast network of borderland parks and wilderness preserves. Because of their proximity to our evermore militarized border, these areas have become one of our country’s most endangered landscapes. The most immediate threat comes, of course, from President Trump’s fixation on expanding the staggering number of barriers that already reach across more than one-third of our nearly 2,000 miles of border shared with Mexico.

While it may be comforting for many to think that the Trump administration has been entirely ineffective in delivering on his most symbolic and most hateful campaign promises, the truth is far more alarming: As you read these words, towering walls of concrete and steel are being constructed across national monuments, wildlife refuges and wilderness areas. In all, more than 130 miles of federally protected lands are under threat.

Those who seek to minimize the new construction insist that new walls are only replacing existing ones — mostly four-foot-high vehicle barriers that do little to alter the movement of wildlife or the natural rhythms of the landscape. The 30-foot walls that are taking their place are easily scalable by humans but completely impenetrable by most wild animals. The new construction also poses grave flooding hazards and requires the draining of precious desert groundwater, threatening to permanently reshape entire ecosystems.

On Dec. 7, a coalition of environmental protection groups will hold a day of action from Tucson to Laredo, Tex., in an effort to raise public awareness and correct media narratives dismissing the clear and present danger posed by the wall. The groups are demanding that Congress rescind the border wall funding Mr. Trump has successfully diverted from the Department of Defense through his declaration of a “national emergency” before the congressional appropriations deadline of Dec. 20.

Last month, on the 30th anniversary of the fall of the Berlin Wall, some 300 people gathered at Arizona’s Organ Pipe National Monument to protest the construction. Many of them held signs or wore costumes that drew attention to the local species that are hovering on the edge of extinction — the Sonoyta mud turtle, the Quitobaquito pupfish, the Sonoran Pronghorn. According to the Center for Biological Diversity, more than 93 protected species face imminent threat from the wall’s expansion.

I listened as an indigenous O’odham activist listed through a megaphone that more than 40 federal and state laws had been waived to begin construction on the new wall towering behind her.

A decade earlier, I had patrolled this area as a Border Patrol agent. I had joined the agency fresh out of college in 2008, convincing myself that such a job would give me the opportunity to understand the hardening of the border from within and imagining, naïvely, that I might somehow become a force for compassion and good within an institution known for its cruelty.

Soon after arriving at my station, I found myself hiking with my fellow trainees across protected monument lands in pursuit of a group of marijuana smugglers. After several miles we found a pile of backpacks along with several bales of abandoned marijuana. Encouraged by our supervisor, my co-workers pillaged the leftover belongings, carried, most likely, by men enticed to smuggle by the promise of reduced fees for their own passage into America. Agents strewed their clothes atop trees and cactuses, crushed their food and pocketed their cigarettes. One of my fellow trainees even urinated on their bags, giggling to himself like a deviant child.

It quickly dawned on me that although we were within the boundaries of a national monument and policy strictly forbade it, this trash would be left in the desert without hesitation, and no effort would be made to prevent the men who had fled from becoming lost or disoriented in the vast surrounding desert. Existing walls had pushed these men to cross in such a remote area in the first place, and now they, like their belongings, were being abandoned to the elements, discarded in the desert like trash.

Today, this same disregard for the landscape, for the people who cross it and for all those who call it home is being writ large across the entire length of our border. At the site of last month’s protest in Organ Pipe, an O’odham man named Philip Robert gestured at the wide swath of bulldozed desert that had been cleared to allow the wall’s construction. “They waved all those acts to kill our saguaros,” he shouted into the megaphone, referring to the large columnar cactuses that are the Sonoran desert’s most recognizable hallmark.

“Shame,” he yelled, joined by the demonstrators, “shame on them.” Mr. Robert trembled and cursed, becoming briefly overcome with anger before handing the megaphone to a companion. Several minutes later, he asked to speak to the crowd again. “I just want to apologize for the cuss words,” he said. “I came for prayer.” Then he sang a song to those who had gathered in his native language — a story about the land and the forces that shaped it.

If national parks are “America’s best idea,” then building walls across them surely counts among our very worst. There is, quite simply, no way to safeguard borderland wilderness while building a wall across it. But if construction is to continue, it must not happen quietly or be obscured by media narratives spun in faraway centers of power. “Fronterizos” — residents of the borderlands — will continue shouting our stories, singing our songs and trembling with righteous anger until the walls are stopped, and eventually, torn down.

Written by: Francisco Cantú, a former Border Patrol agent, is the author of “The Line Becomes a River: Dispatches From the Border.”

Picture by: Michael Benanav for The New York Times