Posted on June 18, 2017 Posted By: Carlos Campbell Categories: Destruction of the Land and Natural Resources, Economic Proposals, Get out the Vote, Mini-Marshall Plan 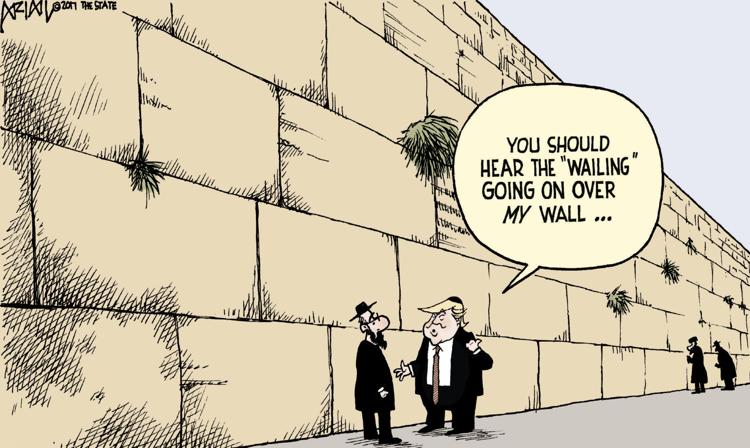 During the 2016 campaign, “Build the Wall,” was a recurrent refrain that got applause and fed Donald Trump’s oversized ego. As President, he has solidified that slogan in his spending priorities that include increased militarization of our southwestern borderlands, including higher, stronger and longer walls. They are necessary to protect Americans from illegal narcotics and the Mexican drug cartels.

While these fears are well-founded, the Trump administration’s narrow tactics may make our drug problems worse.

The use and addiction of Americans to illegal narcotics has surged over the past 20 years. The Rand Corporation estimates that Americans purchase roughly $100 billion annually in illegal narcotics. Illicit drug use and addiction rates have increased in most age groups, according to the National Center for Health Statistics. Yet during the same time frame, 700 miles of border walls/barriers were installed, while Customs and Border Protection agents soared to over 60,000. Given the sheer tonnage of illicit drugs seized, these efforts undoubtedly reduced the supply, yet they have failed to stem the rising demand.

The reality is that most illegal drugs, and in particular the highly addictive and lethal narcotics like opioids, enter through regulated ports of entry concealed in myriad ways, according to the U.S. Drug Enforcement Administration. A million people and thousands of trucks and cars cross the border every day. Inspection procedures are imperfect and some inspectors have been corrupted by cartel cash and extortion. Only a small proportion of the contraband is seized even though these portals already have high walls, detection equipment, drug-sniffing dogs and an army of inspectors. It seems unlikely that bigger barriers and more military will do much better.

There is no “vaccine” against illicit drug use. But prevention is worth a ton of cure, especially with young people. The Drug-Free Communities effort, started in 1998 by Bill Clinton and continued under the Bush and Obama administrations, has had significant success in curbing illicit use in 698 U.S. communities, including 12 in Arizona, using a comprehensive, community-based, educational approach that involved schools and business and community leaders.

Another federally funded, local community-driven effort (High Intensity Drug Trafficking Areas) helped law enforcement in nine Arizona counties apprehend drug shipments. Astonishingly, Trump’s budget eliminated these programs, claiming that they were duplicative, even though one works mostly along the border and the other on Main Street. While the Senate asked that the funding be restored, the Trump Administration’s ignorance about drug use prevention is distressing and dangerous.

Cigarette smoking is another under-appreciated positive prevention example: Nicotine is highly-addictive, rating just behind heroin and cocaine for dependence and harm. Also, it primes the brain for experimentation with other drugs. Cigarettes kill more U.S. citizens each year than alcohol, illegal drugs, homicide, suicide, car accidents and AIDS combined. (National Institutes on Drug Abuse, 2012). Even so, cigarette smoking and its most lethal consequence — lung cancer — were dramatically reduced by aggressive public education and targeted legislation. Smoking rates have fallen by over 50 percent in the past three decades across all population segments in the U.S.

Public health programs work; they have direct and predictable positive social, financial and health consequences. The earlier people try drugs the more likely they are to become addicted, so prevention of experimentation through education in our schools and at home is crucial. But the public health model requires thoughtful planning by knowledgeable practitioners, patience, compassion, and a commitment to long-term funding; qualities that seem to be lacking in the Trump administration.

A renewed effort could be made with one-tenth the cost of Trump’s ineffective New Wall.

Richard C. Collins worked for the Centers for Disease Control in Central America during the 1970-80s. Since 1983 he has owned and operated farms and ranches on the Arizona borderlands and travelled extensively in Mexico. His book Riding Behind the Padre looks at issues from both sides of the border. He lives in Sonoita, AZ.

Carlos C. (Kent) Campbell MD, MPH, served for 23 years with the Centers for Disease Control. He then transferred to the University of Arizona in Tucson where he collaborated with the University leadership to establish the College of Public Health. He has lived in Tucson, AZ for the past 21 years.