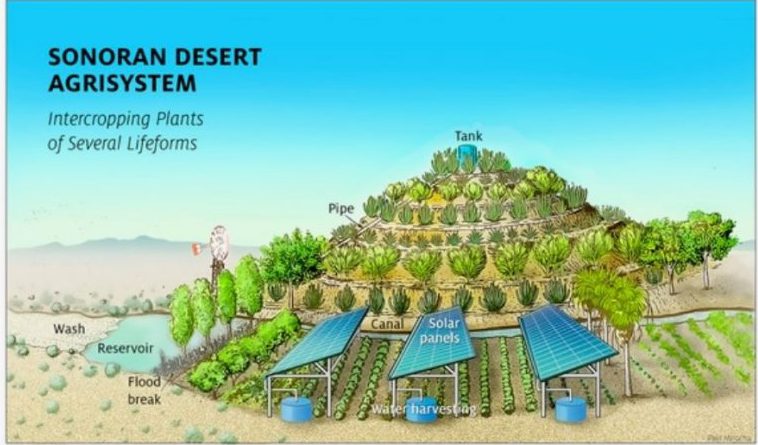 Because I have lived within 20 miles of the U.S./Mexico boundary much of my life, the complexity of the debate regarding President Trump’s border wall proposal is not lost on me. I have worked in communities on both sides of the Arizona-Sonora border, the border in the world with the greatest disparity for dwellers on its two sides.

There are horrific differences in access to clean water, healthy food and jobs with livable wages that currently divide Mexican and U.S. citizens. Those are the real issues that need an unprecedented and lasting solution, or else any plan for the U.S.-Mexico line will not solve a single thing.

I was therefore relieved to hear that on March 23 more than 100 Tohono O’odham residents of the Arizona borderlands protested the need for, and risks of, the president’s proposed wall in the presence of Sen. John McCain. The concerns of O’odham, Cocopah, Yaqui, and other indigenous communities of the border need to be given particular weight, because they are among those who will be impacted every day by the federal government’s choice in this matter.

And that is why I am excited by the Earth Week forum I will be hosting on the University of Arizona campus. It will bring together thought leaders from both countries to discuss options to Trump’s proposal. Homero Aridjis, the renowned Mexican poet, environmental visionary and indigenous-rights advocate, will introduce the concept of a more just, wildlife-friendly and job-creating “wall” of solar panels. He will be joined by his colleagues, solar energy advocate James Ramey and renewable energy engineer Vasilis Fthenakis, at noon on Thursday, April 20, at the Haury Auditorium in the Environment and Natural Resources 2 building on campus.

Should you presume that their favored option is merely wishful thinking — a pie-in-the-sky diversion from more viable options — look again. Their proposal has not only gained attention in the Wall Street Journal and Huffington Post, but is also being supported by solar power investors. Fthenakis, director of an energy research center at Columbia University, has “done the numbers” to a degree that the president’s border team has not accomplished with its own proposal. One string of solar panels along the 2,000-mile border would generate about 2,000 gigawatts of electricity a year. While creating more jobs and costing far less ($1 billion plus site-preparation costs) than other current proposals, it is being designed to be wildlife-friendly and culturally sensitive.

Of course, such a proposal needs more debate, refinement and vetting — particularly by those whose lives, economic well-being and cultures are impacted by our border policies. For my part, I see the possibility of resolving the disparities in energy and food security along the border by investment in an agri-voltaic border collaborative. Heat-sensitive food crops could be grown under the solar photovoltaic arrays as they are now being done at three Tucson schools and at a demo project at Biosphere 2. Rainwater could be collected off the solar collectors to irrigate crops for use at nearby schools, clinics and homeless shelters in rural border communities.

In addition, the Aridjis-Fthenakis-Ramey team is already designing to allow endangered wildlife to pass under (or above) the solar panels but hold back off-road vehicles of any kind or size. Indigenous and other rural communities could gain protection against drug traffickers, but they might also have better access to renewable energy, fresh food, medicine and satisfying jobs.

Let’s collectively plan a vision for the border that bridges us, rather than one that further divides us.

Gary Nabhan holds the Kellogg Endowed Chair in Food and Water Security for the Borderlands at the University of Arizona Southwest Center. He lives in Patagonia and blogs on www.garynabhan.com.