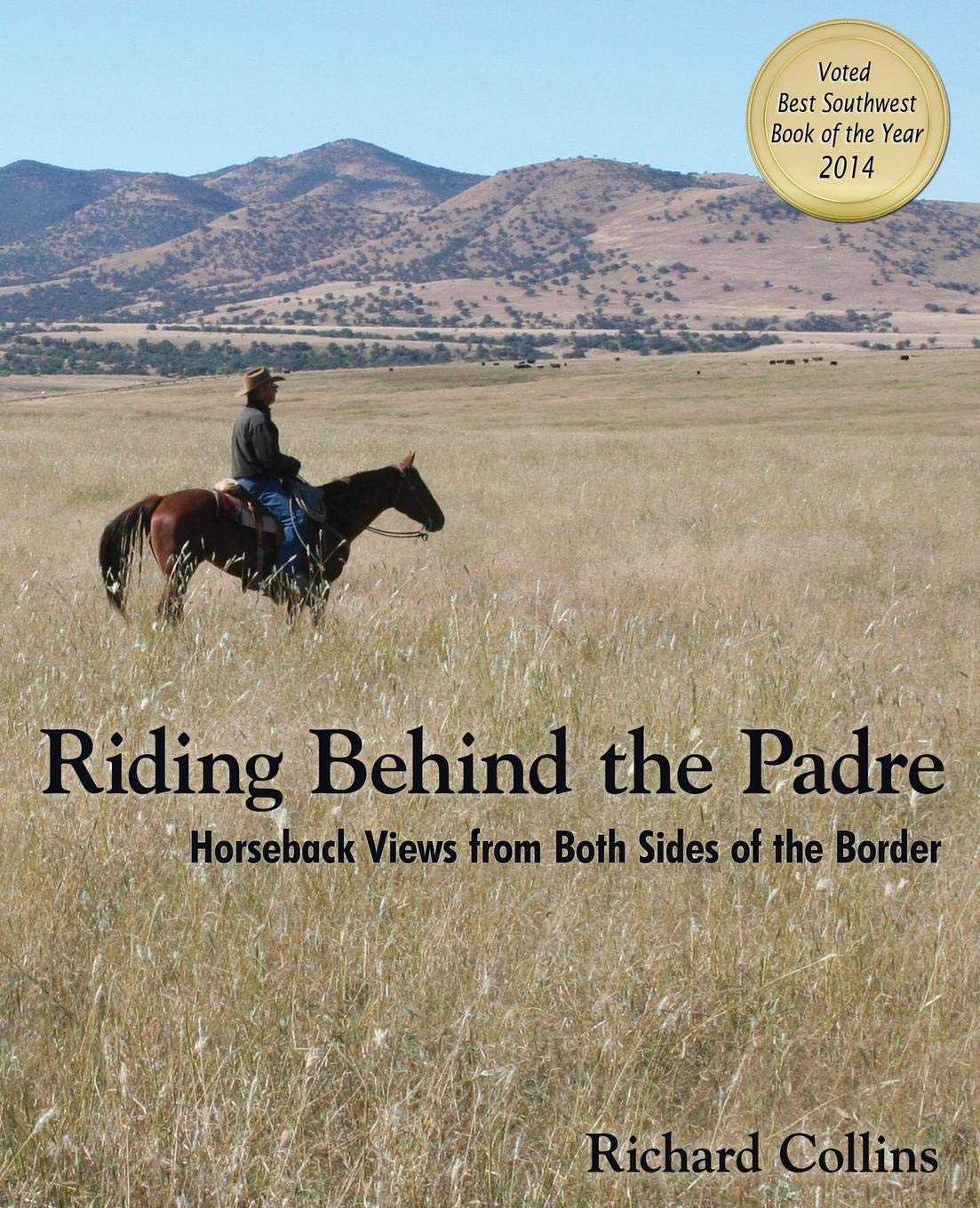 Borderland immigration and drug trafficking are heated issues for most people living in the Southwest. But for Arizona rancher-author Richard Collins, who operates a 13,000 acre ranch near the Mexican border, they are a daily occurrence. Wanting to hear firsthand from those living and working in the middle of the action, Collins embarks on a horseback journey along the Arizona-Sonoran borderlands in Riding Behind the Padre: Horseback Views from Both Sides of the Border.

In this true story, Collins joins up with a congenial group of Mexican riders retracing the pathways of Eusebio Francisco Kino, the pioneering Jesuit priest who explored the same borderlands three hundred years prior. The riders include a cross-section of Mexico’s growing middle class, bonded by faith in the Catholic Church, love of family and their country, and dedicated to the cause of Kino’s sainthood. They are also troubled by America’s failed war on drugs and its outdated immigration policies, and they often wonder if the United States is their ally or adversary.

Through their perspectives and insights, the reader comes away with a better understanding of borderland complexities and a difficult but workable road map for the future. With a passion for landscape, horses, and history, this modern-day cowboy adventure unfolds in the Sonoran Desert where the dangers are fewer than advertised, beauty far outweighs ugliness, and most people are still friendly and caring.

Richard Collins was raised on a ranch near Phoenix, Arizona, where he lived until leaving for college. He was educated at Arizona State University (BS) and the University of Arizona (MS and PhD), where he also competed on the rodeo teams, winning regional titles. During the decades of the 1970s and ’80s, he worked in the rural villages and farms of Central America and Mexico for the Centers for Disease Control, where he witnessed the environments of poverty, disease, and violence that are the root causes of much of today’s turmoil on the borderlands. Since 1983, he has owned and operated farms and ranches in southern Arizona, including the thirteen-thousand-acre C6 Ranch, located twenty-five miles north of the Mexican border, where he has lived for the last twenty years. Writing credits include work in National Geographic Traveler, Science and Spirit, and SN Review magazines, along with a local history series for the Sonoita Bulletin and essays selected twice for the Environmental Writing Institute at the University of Montana.